Constitutional Court ruling is no win for marginalized churches 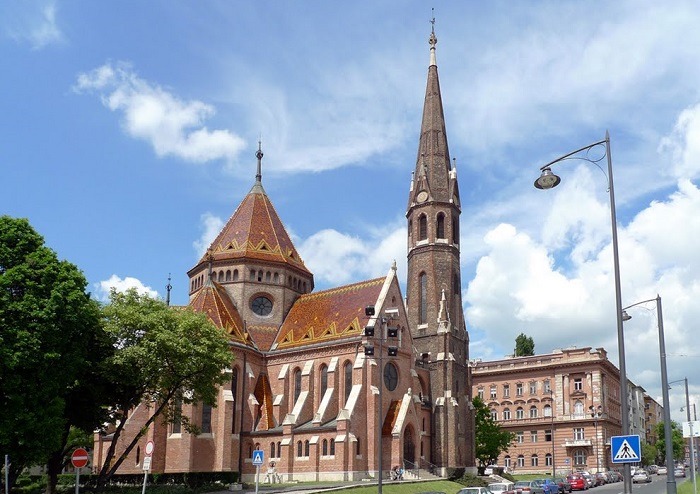 The Constitutional Court of Hungary has rendered a decision requiring the National Assembly to adopt legislation which would allow taxpayers to donate 1 percent of their income tax to any religious organization of their choosing. The assembly’s deadline for this task is December 31, 2017.

According to the Constitutional Court’s decision, legislation introduced in 2012 (known as the Church Law) was responsible for creating an unfair situation whereby certain taxpayers were prevented from offering up 1 percent income tax contributions to churches the law had stripped of their state recognition. According to the recent Constitutional Court ruling, that situation is discriminative towards taxpayers and must be remedied with a law that would provide all taxpayers the same rights.

In 2012, the ruling Fidesz-KDNP coalition unilaterally adopted the Church Law legislation, rewriting the rules concerning which churches are recognized by the state. In so doing, religious organizations adversely affected by the legislation were stripped of their ability to collect 1 percent income tax contributions from their followers.

Hungary’s tax authority, following on the lead from the government, then stripped such religious organizations of their tax ID numbers. Hungarian courts sided with the tax authority when these cases resulted in lawsuits.

The Church Law of 2011, which came into effect in 2012, can be credited with creating this situation. Authors of the bill argued the legislation cracked down on so-called business churches (religious organizations that, for all intents and purposes, performed no faith-based activities but milked the very lucrative state subsidies offered to churches in exchange for providing certain social services).

Instead of law enforcement authorities opening criminal investigations against such business churches for committing budgetary fraud, Fidesz-KDNP opted to completely rewrite the rules concerning the state recognition of churches. As a result, numerous lawfully operating, state-recognized churches lost their legal status, along with state subsidies and the ability to collect tax contributions from their followers.

In 2014, the European Court of Human Rights in Strasbourg found that the Hungarian government had not demonstrated that it had pursued less drastic solutions to problems of abuse of state subsidies than de-registering applicant churches.

The Strasbourg court also ruled that “the law was inconsistent with the state’s duty of neutrality in religious matters that religious groups had to apply to parliament to obtain re-registration as churches and that they were treated differently from incorporated churches with regard to material benefits without any objective grounds.”

Szabolcs Hegyi, a lawyer with the Hungarian Civil Liberties Union, has said the 2011 Church Law “pushed the issue of religious freedom in Hungary back to the 19th century.”

In addition to providing compensation to the unlawfully marginalized churches, the European Court of Human Rights required the Hungarian state to amend the Church Law in a manner that corrects these problems.

But because Fidesz-KDNP lost its two-thirds supermajority in February 2015, it also lost the ability to unilaterally adopt or modify cardinal laws, such as the Church Law, which require a supermajority in parliament.

A poor attempt at a modification was submitted for debate in parliament in summer 2015 in an attempt to fulfill the requirements of the European court. The bill was criticized by civil society and opposition parties, who refused to support it on the grounds that it was just as bad as the original 2011 Church Law.

Because the unlawful Church Law is still on the books, marginalized churches are still being discriminated against. Last week’s ruling by the Constitutional Court in no way rectifies the situation because it addresses a tax issue and not the Church Law itself.

On Friday, the Hungarian Civil Liberties Union, which has an excellent site that explains the unlawfulness of the Church Law, released a statement explaining that the 1 percent income tax contribution is only one of the privileges that was taken away from the marginalized churches. The civil rights NGO believes the Church Law and regulations addressing church activities/financing still need comprehensive changes.