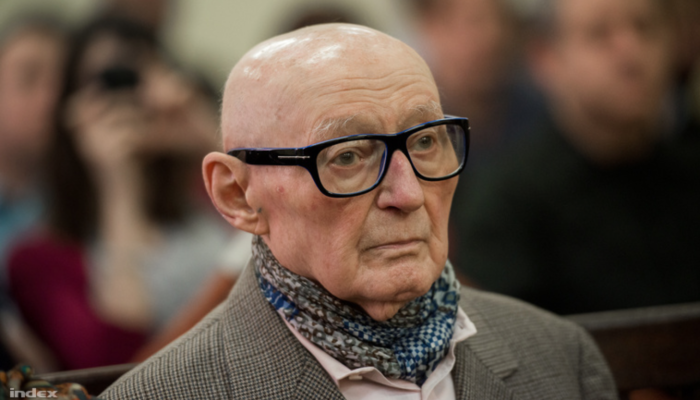 The Budapest Court of Appeals has ordered a new trial for former interior minister Béla Biszku, citing lack of evidence directly linking the accused to summary executions and reprisal murders in the wake of the failed 1956 Hungarian revolution.

Biszku was sentenced to five and a half years prison by the Capital City Court in May 2014 for crimes against humanity.  The court case received much publicity in the lead-up to the general election of April 2014.

Biszku was accused by prosecutors of directing the killing of three civilians at Budapest Western Station on December 6, 1956, directing a massacre of women and children in the city of Salgotarjan on December 8, 1956 and allegedly covering up the activities of death squads in the wake of the Soviet invasion.

Prosecutors asked that he be sentenced to life in prison given the seriousness of the crimes.  However, given the defendant’s advanced age (93) even a five and a half year sentence is tantamount to a life sentence.

The Budapest Court of Appeals invalidated the first court’s decisions, citing lack of evidence directly linking Biszku to the crimes.

Biszku, who maintained his innocence, did not testify at his trial.