Creepy scarecrows erected at Hungarian border to keep refugees out 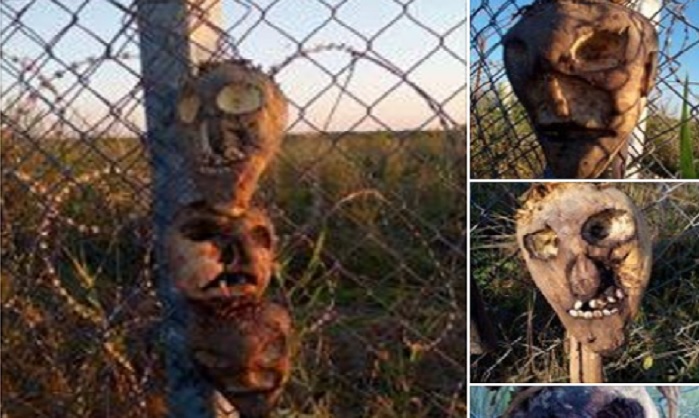 Pictures of scarecrows installed to keep refugees away from the Hungarian border have started to appear on social media. The group responsible for posting the images claims that the method is working, as there has been no illegal border crossing in the area in the last four weeks.

It seems Hungarian security forces have resorted to a tactic usually reserved for crows and other birds.

The photos were uploaded onto the Facebook page of a group that supports Hungary’s police and troops, especially those patrolling the border. The pictures were probably taken by security personnel because ordinary Hungarians aren’t normally allowed in the vicinity of the boundary fences.

The account posting the images said the masks were made in part out of carved sugarbeet root and that no migrants had reportedly crossed in the areas where the scarecrows have been installed over the past month.

The photos have divided Hungarian society. Followers of the page and supporters of police and army think such measures should be allowed to keep migrants away. Others think the scary heads are inhumane.

“I have no words. We (Hungarians) are better than this,” wrote one Facebook user.