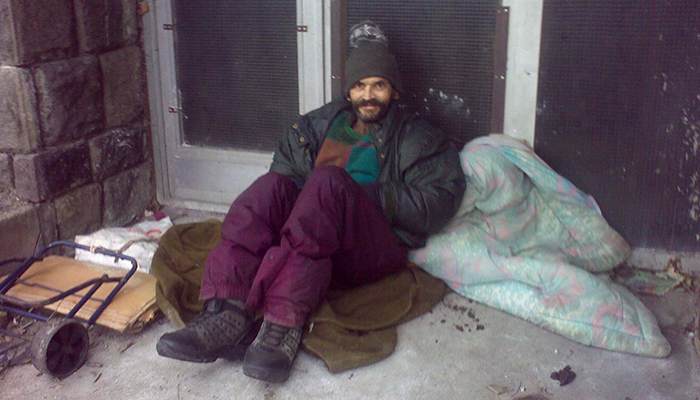 Neither living conditions associated with extreme poverty, nor sleeping rough, nor rummaging through garbage constitutes a “danger to the society”, and therefore cannot be criminalized according to laws and regulations in effect.

In a decision issued on 31 October, Hungary’s supreme court, the Curia, ruled that some of the provisions of the Budapest anti-homeless law criminalizing loitering and sleeping rough in public areas and rummaging through garbage cans are contrary to the country’s Fundamental Law. The decision followed a detailed complaint submitted by László Székely, the Commissioner for Fundamental Rights (ombusdman), objecting to the capital effectively penalizing homelessness without giving any prior consideration to individual cases. The Curia’s municipal issues council agreed with the notion that parts of the ordinance violate the rule of law in addition to being unconstitutional.

The Budapest city council passed an ordinance in November 2013 essentially outlawing homelessness in much of the city.  Debrecen, Hungary’s second-largest city, passed a similar ordinance later that month.  Recently, the southern town of Pécs adopted a similar ordinance after mayor Zsolt Pava spent millions of forints of taxpayer money on a flyer campaign demonizing the homeless.

According to the court decision, neither living conditions associated with extreme poverty, nor sleeping rough, nor rummaging through garbage constitutes a “danger to the society”, and therefore cannot be criminalized according to laws and regulations in effect. This means that, according to the Curia, Budapest’s anti-homeless law is theoretically unconstitutional.

Homeless advocacy group A Város Mindenkié (AVM, The City is for Everyone) emphasized that the Curia decision does not completely overturn the criminalization of homelessness in effect since last November, and points out that the prohibition on sleeping or loitering in 34 subway stations around Budapest is still in effect. Furthermore, the Curia has forwarded to the Constitutional Court for further consideration City Hall’s description of zones where rummaging, loitering and sleeping rough is unlawful.  AVM further points out that since the law’s enactment 12 months ago charges have been filed against some 200 offenders.