Defense Ministry to publish collection of poems by Szentmihalyi Szabo 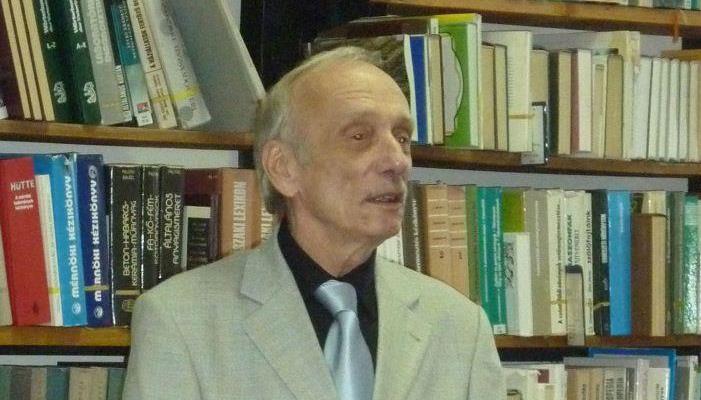 Despite missing out on the Hungarian ambassadorship to Rome amid racism allegations, Péter Szentmihályi Szabó’s latest collection of poems has been published at a cost of HUF 3 million by a Defense Ministry-owned publishing house. Defense Minister Csaba Hende presented the compendium Megmondtam előre (“I told you so”) at a book launch at the Honvéd (Army) Cultural Center on Thursday.

The Budapest Beacon asked the Defense Ministry, which has commissioning rights at Zrínyi, about their rationale for deciding to publish the poetry collection. The ministry said the Zrínyi Publishing House has been undergoing “deep changes and reforms, and – in accordance with the readership’s demands – is opening up to the artistic and cultural values”.

The ministry did not want to comment on Szentmihályi’s extremist political views on minorities, but Defense Minister Csaba Hende said at the book launch that he did not agree with Szentmihályi, does “not want to defend the indefensible”, but added that this is not important, as “it is a minimum requirement that the poems of such an outstanding man should be published”.

The Defense Ministry seems confident on the success of the collection, having published 530 copies at a cost of HUF 3 million. However the ministry said it is sure it will get a return on its investment. The price of one book is HUF 9,900.

The government’s choice for Hungary’s ambassador to Italy was shelved in July due to his far-right comments and poetry, and international attention from such publications as VOX magazine, which published an article entitled “Hungary’s new ambassador to Italy thinks Jews are agents of Satan who enslave mankind”. Szentmihályi Szabó soon publicly declared he did not want to take up the post.

Szentmihályi Szabó has expressed extremist political views regarding minorities in his work and once wrote: “Let’s leave our country to the Roma, Romanians, Austrians, Jews, Serbs, Slovaks, Swabians and let them pull together what they screwed up before.” He also praised the now banned far-right militia in a poem entitled Ode to the Magyar Garda.

Szentmihályi Szabó published a poetry collection with the same title in 1984, but Zrínyi Publishing CEO János Isaszegi told The Budapest Beacon that the 2014 collection is not a reprint of the previous one: “It is a very meaningful poetry collection of several hundred pages, with poems never before published,” he said.