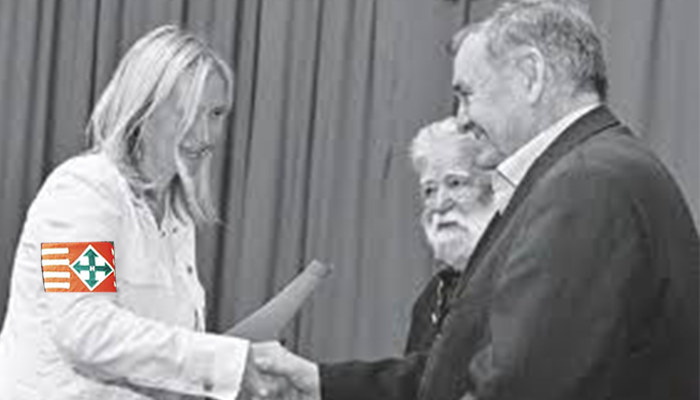 Petra László, former camerawoman for the radical right-wing online news portal N1TV who was indicted for public disorderliness for kicking and tripping asylum seekers during last summer’s refugee crisis, has appeared in person at the Lakitelek Film Festival to collect an award for a film written, filmed, and directed by her husband Gábor László.

Fidesz MP and deputy Speaker of Parliament Sándor Lezsák personally congratulated Petra László for the film. The event was held at a cultural center set up by Lezsák and his wife.

The award came with a financial prize put up by donors, including the Hungarian Academy of the Arts, The Transition Historical Research Institute, pro-government print daily Magyar Idők, and local elementary schools and high schools. 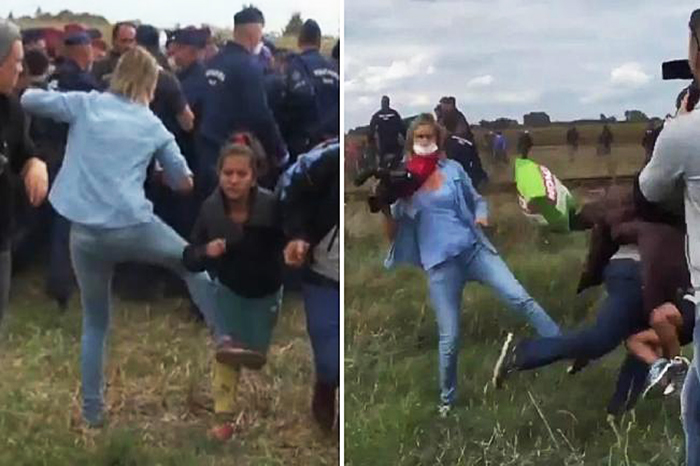 According to 444, a local newspaper named Petra László as the film’s editor. The event was also covered by Hungary’s state-run media and EchoTV, but both neglected to mention the name of the individual receiving the award.

The film, which is about 1956 Hungarian revolution freedom fighter György Herhoff, received a state grant of HUF 1 million and will be broadcast on state-run television on Saturday.