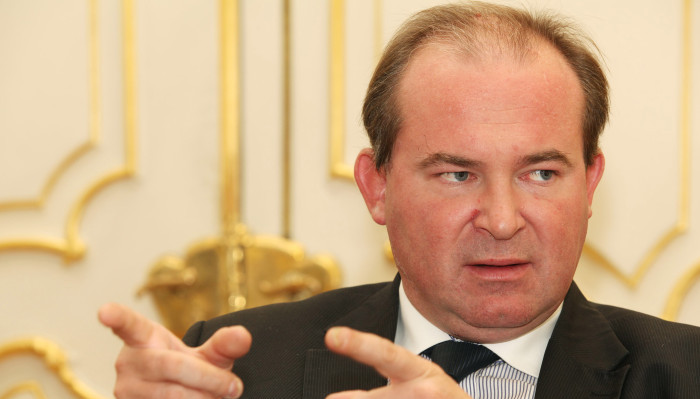 Citing a source in the government, the daily online reports that Szalay-Bobrovniczky, who speaks English, German and Spanish, will be working in Hungary’s foreign service after a confirmation hearing in the parliament’s foreign affairs committee.

VS.hu reports his departure as being related to internal conflicts and that he himself asked to be posted abroad.

Prior to the 2014 national elections, Szalay-Bobrovniczky served as Hungary’s ambassador to Austria and was known for his sharp responses to criticisms of the Orbán government coming from the Austrian press, reports hvg.hu.  Earlier he worked for the Hungarian embassy in Munich.

Hungarian weekly Magyar Narancs has portrayed him as a member of Prime Minister Viktor Orbán’s close-knit inner circle. He was able to establish himself in the highest Fidesz circles through his brother Kristóf’s business enterprises. Vince is also reported to have a good relationship with Árpád Habony, Orbán’s “informal” advisor entrusted with building a new pro-Fidesz media empire to rival that of former Orbán supporter Lajos Simicska.