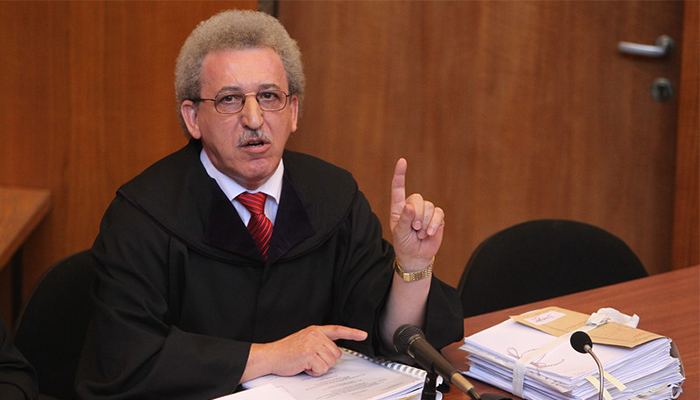 László Miszori, the judge who oversaw the Roma murders trial, is to face proceedings for not having submitted a written verdict on the case almost a year after it was concluded.

Hungarian law gives judges up to 60 days to provide their case reports. However the president of Budapest Regional Court – where Miszori sentenced the killers – has now initiated disciplinary proceedings against him. Unusually, Miszori was not given leave to complete his report but had to continue with his day-to-day judicial tasks while he tried to write up a detailed 880-page report with legal references.

Last August Miszori sentenced Nazi skinhead brothers Árpád and István Kiss, and Zsolt Pető to life sentences without parole for premeditated murder of six Roma people on an 18-month killing spree that stretched from 2008-09. Their driver István Csontos received a jail sentence of 13 years for acting as an accomplice. The four were also ordered to cover trial costs, which totalled around Ft 105 million.

In his summing up Miszori called the killings racially motivated, and said the men had taken the law into their own hands to combat “Gypsy crime”. Their victims included a four-year-old and his father gunned down as they were fleeing their burning house which the assailants had set on fire.