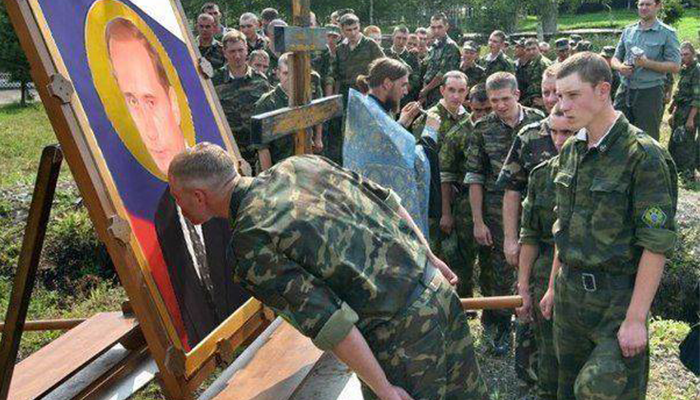 To all ethnic Hungarian soldiers and officers serving in the Ukrainian Army!

The power-abuser Kyiv regime is sending you to a war that Ukrainian nationalists and oligarchs are waging against their own people.

This is not your war!

Think about whether it is worth fighting for the interests of the money-baggers and power-hungry lunatics!

While you were sent against the peaceful civilians, women and children of Donetsk and Lugansk counties, none of the “free” and “democratic” Kyiv governments were willing to enact the results of the 1991 Subcarpathian referendum, where the people of Subcarpathia cast their vote for linguistic, territorial and economic autonomy.

The popular resistance fighting in Donetsk, Lugansk, Slovyansk and Kramatorsk are fighting for the freedom of Subcarpathia as well!

Hungarians! Do not be tools in the hands of the Kyiv regime!

Do not fight against the popular resistance!

The people of the Southeast are not enemies of the Hungarian nation!”

A few days ago, the self-proclaimed prime minister of Donetsk People’s Republic, Aleksandr Zakharcenko, promised immunity to all ethnic Hungarian soldiers who were willing to surrender and leave the front at Debaltseve. Since then, Ukraine withdrew its army from the contested area and, right now, pro-Russian rebels are on the advance supported by heavy artillery and weaponry.

The flyer mentions a failed 1991 proposal and referendum promising ethnic Ruthenians and Hungarians of the southwestern Ukrainian Subcarpathia county full autonomy. Pro-Russian forces, the Russian government as well as its close ally, far-right Hungarian Jobbik party, are now playing the ethnic Hungarian card in the Eastern Ukrainian conflict to divide their enemies.

The Mukachevo mountain rangers were one of the Ukrainian battalions engaging in heavy fighting at Debaltseve before the retreat. During the battle, ten Subcarpathian soldiers died on the battlefield in the past few days. This was the heaviest loss of soldiers in the region since the beginning of the war last year. Earlier, Hungarian news sources gave accounts of “forced conscriptions” to the Ukrainian army in regions heavily inhabited by ethnic Hungarians. 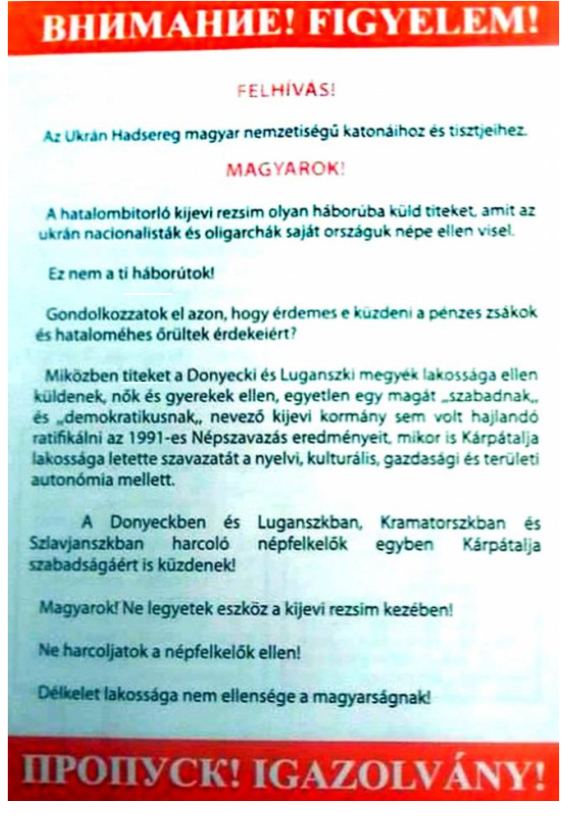