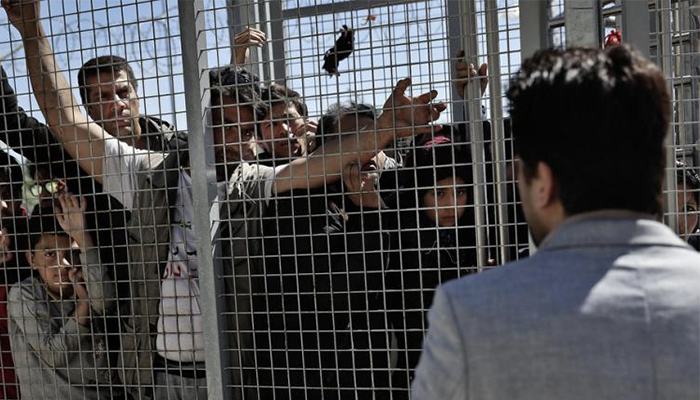 According to Index.hu, transit zones along Hungary’s southern border with Serbia are more like prisons than facilities meant to shelter asylum-seekers.

Index’s sources describe one transit zone as a hot, dusty, shadeless, miserable place. The “facility”, consisting of metal boxes surrounded by high barbed-wire fences, is overseen by armed guards and police. Former “guests” of the transit zone describe an unfriendly staff who never have anything nice to say to the asylum-seekers.  The conditions are deplorable. Adults and children are locked up in cage-like enclosures. Pregnant women are handcuffed if they need to visit the transit zone doctor. Families live in metal containers (with no air-conditioning), and food and diapers are parsimoniously provided to infants and toddlers.

You can read an English translation of the Index article by clicking here.

Index.hu met with the heads of two families in Serbia. The two men shared their experiences on what it was like to be a “guest” in Hungary’s notorious transit zones. These two families are unrelated, and parts of their stories are corroborated by a lawyer with the Hungarian Helsinki Committee as well as by the UNHCR, the UN’s refugee agency.

According to Hungarian asylum law, the state’s transit zones are the only place where asylum-seekers can formally request international protection. Situated within Hungary’s borders, the zones can only be accessed by crossing into Hungary from Serbia.  In most cases asylum-seekers wait for months out in the open before being granted access to the transit zones.

Despite being a Member State of the EU (and signatory to international conventions on human rights and treatment of refugees), the Hungarian government seems more intent on aggravating than relieving the physical and mental suffering of asylum-seekers.