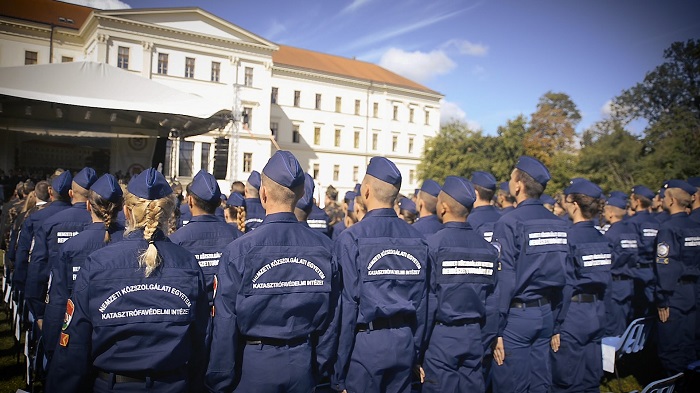 The European Commission has asked the Office of the Prime Minister to provide an explanation for financial irregularities connected to an EU-funded project run jointly by the government and the National University of Public Service, reports 24.hu. The EC found that the university had used EU funds to pay for overpriced and unnecessary services in connection to the project, worth some HUF 17.5 billion (USD 59.5 million).

Experts from the European Commission reviewed the project in late 2016 and, in a letter to the Prime Minister’s Office, experts took serious issue with the HUF 875 million in project preparation costs and HUF 3.1 billion in personnel costs. They also found discrepancies in the costs of running the programs, the costs of renting facilities where the program’s training takes place, and the cost of catering.

About half of the HUF 3.7 billion allocated for renting facilities was also flagged by the Commission on grounds that trainees could easily access the training material remotely (via the internet) from home or the office, or from spaces already owned by the state.

According to the experts, several items contained within the HUF 4 billion in facility-related costs (servers, multimedia, network equipment) were either not directly related or completely unrelated to the project.

The Commission also objected to the use of HUF 4.5 billion for “immaterial assets” — training software, software licenses, integrating the new IT system, software development, and educational materials.

The project’s managing authority must now provide the European Commission with a detailed explanation concerning the points raised in the letter, underpinned with calculation methodology and cost estimates. Hungary has two months to respond.

Citing an unnamed source, 24.hu reports that Hungary has only two options: either it removes the questionable items from the EU-funded project (meaning the EU would not have to reimburse Hungary for the expenses incurred), or Brussels levies a serious fine on Hungary (in which case the EU essentially issues a correction and simply takes the money back).