EC has bone to pick with Hungary’s segregated schools 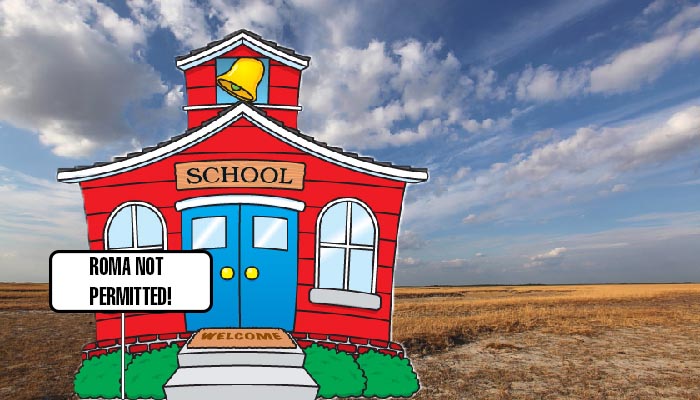 The European Commission may launch yet another infringement proceeding against Hungary. The Commission is awaiting a formal response from the Hungarian government regarding discriminatory practices affecting the country’s Roma community, reports Hungarian newspaper Népszabadság.

The Commission’s current discussions with Hungary, which in EU jargon are referred to as “pilot” discussions, will allow Hungary an opportunity to remedy the situation by complying voluntarily with the Commission’s position.

The Commission is concerned that certain discriminatory practices are taking place in Hungary in violation of EU directives on Roma integration. In this particular case, EU directives forbid any discrimination in four keys areas: education, employment, healthcare and housing.

What makes this particular problem so interesting is that Hungary is being questioned on its compliance with the EU’s Framework for National Roma Integration Strategies directives adopted back in June 2011 when Hungary held the presidency of the Council of the European Union.

According to Népszabadság, the Commission opened an investigation at the end of 2014 to determine whether modifications to Hungary’s law on education (which made it possible for schools to segregate Roma students) are in violation of the EU directive. The modification gave the Hungarian government authority to use its own discretion in deciding whether to enforce the ban on segregation in certain cases.

Needless to say, the modifications did not go unnoticed in Brussels.

European Commissioner for Justice Vera Jourová recently stated in a letter to Hungarian MEP Péter Niedermüller that the Commission even notified the Hungarian government that it was concerned about the modification to Hungary’s law on education.

She also pointed out that the Commission is aware of a case involving a segregated school in the Nyíregyháza (a city in northeastern Hungary) settlement of Huszár-telep. The Commissioner made it clear she was aware that Hungary’s highest court, the Curia, approved the school’s segregation.

Discrimination against Hungary’s Roma community can be seen in many areas of society. Recently, a local decree by the city council of Miskolc, another city in northeastern Hungary, forcefully evicted Roma families from municipal housing to make way for a parking lot. This case also caught the attention of the Commission.

In the Miskolc case, the European Commission took the position that the municipality’s actions were not in harmony with the EU directive or the national government’s commitment to uphold the EU directive.

Discrimination of the Roma is not limited to Hungary. Infringement proceedings were launched against the Czech Republic last September and Slovakia this past April, in both cases for operating segregated schools.

According to Népszabadság, both Italy and Hungary are next in line to have infringement proceedings launched against them for discriminative practices against the Roma.

When the EU adopted the Framework for National Roma Integration Strategies in June 2011, Hungarian Prime Minister Viktor Orbán praised the framework for “giving the [Roma] community a chance to become an acknowledged, accepted, and useful part of the European Union community”.

What the Orbán government has done with respect to segregating schools is alarming. It will be interesting to see how the Commission reacts to what Orbán says about it.