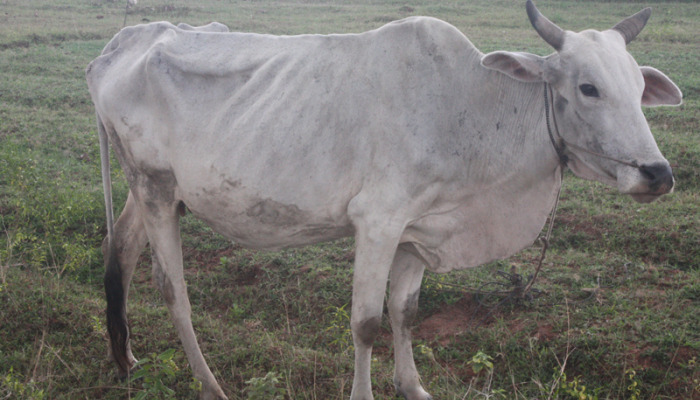 The European Commission has released Hungary’s 2015 Country Report, which includes “an in-depth review on the prevention and correction of macroeconomic imbalances”. The 70-page report covers in great detail Hungary’s current economic condition and makes predictions for its economic environment in 2016. The full report can be read here.

According to the report, “the surge in growth was driven by temporary measures and factors, such as the increased absorption of EU funds, subsidised loan schemes as well as the regulated utility price cuts. Accordingly, the Commission forecasts a deceleration in growth from 3.3% in 2014 to around 2.5% in 2015 and around 2% in 2016 as the temporary effects peter out.

“The current negative headline inflation will likely pick up towards 3% by the end of 2016. The trend of employment gains is projected to continue to be led by the private sector. The government deficit is expected to remain broadly around 2.5% of GDP between 2014 and 2016, which may not be sufficient to achieve a robust debt reduction.

“Despite the rapid improvements in recent years, external indebtedness continues to be at unsafe levels. Rebalancing of the economy has been on-going since the crisis, driven by sustained current and capital account surpluses, which reflect both private sector deleveraging and the increasing positive contribution from EU funds. In parallel, there has been some structural deterioration on the financing side, as net foreign direct investments, in particular greenfield inflows, have slowed down.”

“The high level of government debt remains an important source of vulnerability for the Hungarian economy. Medium-term sustainability simulations show public debt, in a baseline scenario, falling further in the coming decade. However, the projected improvements are subject to important fiscal policy-related risks and a considerable vulnerability to economic shocks is still present.

“Financial deleveraging has continued in a difficult context characterised by a high regulatory burden on the financial sector and a high level of non-performing loans. The fall seen in the loan-to-deposit ratio has to a large extent been necessary in order to repair balance sheets. Nevertheless, the pace and the channels through which the deleveraging pressures materialised were heavily influenced by financial sector policies, in particular the imposition of a high tax burden. Subsidised lending schemes and the recent pick-up in growth have started to reduce the speed of deleveraging, which is, however, expected to continue in the coming years.”

“The Public Works Scheme appears to be an inefficient active labour market policy measure and distorts the proper functioning of the labour market. It nominally reduces unemployment, but there is a risk, also from a budgetary point of view, that public works of such a magnitude could entail significant ‘lock- in’ effects and become a permanent replacement for the system of welfare benefits for the low-skilled. The scheme is not adequately coordinated with other public employment services, and does not sufficiently support the reintegration of participants into the open labour market.”

EU fund absorption to be lower in 2016, this will bring investment growth to around zero; tax burden on low-income earners is among highest in EU

“Investments peaked in 2014 and are forecast to decelerate until 2016. Investments started to grow in 2013 for the first time since 2008. In 2014, they showed more than 10% real growth, mainly on the back of EU co-financed public investments. As EU fund absorption is expected to be lower in 2016, this will bring investment growth to around zero.

“The efficiency of the Hungarian tax system is affected by a number of flaws both in terms of design and governance. Recent changes have reignited the earlier trend of raising the weight of sector-specific corporate taxes. The tax burden on some groups of low-income earners has remained among the highest in the EU. At the same time, there has been some progress in fighting tax evasion.”

Hungary is very unattractive to investors

“The unstable regulatory framework, the lack of transparency in decision-making procedures and inadequate consultation of interested parties are, together, weighing heavily on the business environment. Frequent and unpredictable regulatory changes, often resulting in new entry barriers in certain sectors, are worsening the investors’ perception. This is exacerbated by the fact that the quality of legislative processes suffers from, inter alia, the lack of proper ex ante impact assessments and short transition periods for stakeholders.”

Will Hungary again return to the excessive deficit procedure?

“Overall, Hungary has made limited progress in addressing the 2014 country-specific recommendations. In particular, despite the sharp increase in the share of subsidised loans, normal lending in the economy has not yet returned, partly linked to the further increase in the overall regulatory burden on the financial sector. There has been some progress in the area of tax compliance and in the continued reorganisation of state-owned public transport companies. Some progress has also been made in strengthening the targeted active labour market policies: both the preparation of the profiling system in the Public Employment Service and set-up of the youth mentoring network are on schedule. However, some country-specific recommendations have remained broadly unaddressed. Specifically, the policy advice on the re-arrangement of the tax structure has not been followed. The period of eligibility for unemployment benefits has not been increased and worsening poverty indicators continue to call for integrated policy measures. Entry costs and regulatory restrictions have further increased in several market segments, particularly in the service sector. A systemic approach to promote inclusive mainstream education is yet to be developed.”

Policy challenges stemming from the analysis of macro-economic imbalances

“Hungary is still facing considerable external debt rollover needs, thus maintaining the confidence of foreign investors is of utmost importance. A number of anti-competitive measures over the recent years in the non- tradable sectors are weighing on the attractiveness of the country as a business location.

“Normal lending flows to the economy have yet to be restored. Subsidised lending schemes cannot substitute a sound operating environment for banks. There is a lack of sufficient capital accumulation possibilities in financial intermediation and the adopted relief schemes were not targeted. State interventions in the banking sector via increased direct ownership, even for a temporary period, may entail significant fiscal risks.

“The increasing dominance of the Public Work Schemes poses a significant challenge for improving the efficiency of active labour market policies. This is all the more so in light of its limited positive effect on the employment chances of participants and its quadrupling budgetary cost over the last four years.

“Other policy challenges are: The legislated medium-term budgetary framework is not yet implemented. Despite recent progress, there is still a significant scope to improve administrative efficiency in tax collection and to reduce tax evasion. Gaps remain in the efficiency and coverage of social assistance. The rigorous enforcement of the legislated conditions for law- making is still missing. There are shortages of skilled professionals in science and engineering and of the SME’s innovative capacities. Transitions between the stages of education are still weak and systemic measures to promote inclusive mainstream education, early school leaving prevention and wider access and completion of tertiary education have not been put in place. The adopted price cuts for household consumers in the energy sector have not been reviewed.”

Country Report Hungary 2015 Including an In-Depth Review on the prevention and correction of macroeconomic imbalances, http://ec.europa.eu; 26 February 2014.