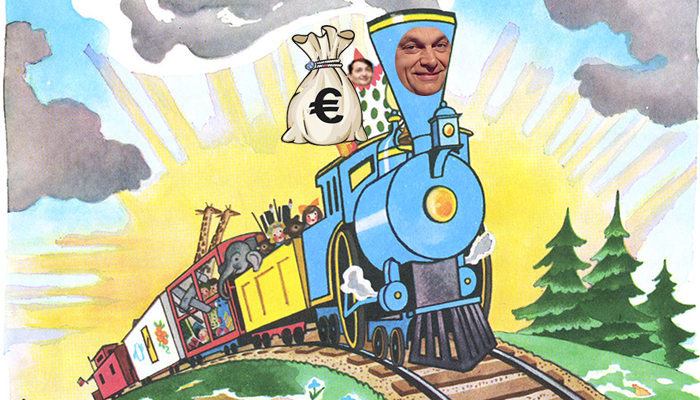 “It seems strange that when most major rail corridors in Europe receive an average of 85 percent funding from the EU, Hungary seems ready to enter into a very costly agreement with China, the costs of which will be borne entirely by Hungarian taxpayers.” – Magyar Nemzet

The European Commission has initiated preliminary infringement proceedings against Hungary in the case of a HUF 550 billion (USD 1.99 billion) investment to redevelop the Budapest-Belgrade train line, reports Magyar Nemzet.

The “pilot phase” of the infringement proceedings was initiated on May 26 this year, when the EC began to suspect corruption in the deal, citing irregularities in the tender procedure for the contract, as well as uncertainties as to what role Hungarian National Railways (MÁV) will play. During the pilot phase, the EC will negotiate with the involved parties to clarify questions it has about details of the deal. If it isn’t satisfied, it will launch full proceedings.

An intergovernmental agreement on the project was signed last November in Suzhou, China, between China, Serbia and Hungary. In the agreement, MÁV Zrt., China Railway International Corporation Ltd. and China Railway International Group were, as members of a consortium, directly named the main contractor in the development. According to the EC, such a no-bid award violates economic competition rules. The EC also claims that MÁV’s role in the organization is “unclear.” The agreement states that MÁV Zrt., the only entity representing an EU member in the whole deal, has only a 15 percent stake in the project, and the rest is provided by China. The EC, however, wants to know precisely what MÁV’s role is in all of this.

Nothing to see here

Hungary, in a letter sent to the EC in August, maintains that no competition rules were violated since the agreement stipulates that the consortium cannot play a direct role in the implementation of the project. The EC, unmoved, responded at the end of August with a series of proposals to the Hungarian government. It called for the adoption of a new project protocol, in which MÁV Zrt. should be directly named as the main contractor with the consortium acting on its behalf. It also warned that the wording of the Suzhou agreement was not transparent and that for this reason the procurement procedure is legally suspect.

The Hungarian government, however, maintains that the Suzhou agreement doesn’t fall within the scope of European commercial policies, and therefore it is none of Brussels’ business.

All aboard the debt train

Hungary proposes to carry out the project with 85 percent of the money coming from Chinese loans. A deal was made with China to pay back the loans (roughly USD 1.7 billion worth) within 20 years, but a rate of interest has yet to be agreed upon. Such a massive loan has been criticized as contrary to Hungary’s debt reduction plans, which aim to decrease the national debt from its current 75 percent of GDP to 65 percent by 2020. There are also doubts about the project’s constitutionality, because it violates a 2012 law which requires national debt reduction until it drops below 50 percent of GDP.

So far the Hungarian government has been reluctant to provide details on how much revenue the development will generate, and how long it will take to see returns on the investment. However, a feasibility study conducted last year at a cost of HUF 527 million (USD 1.9 million), gives detailed estimates of the economic impact of the project. But when Magyar Nemzet sought information on the report, it was told by the National Ministry of Development that it would not be public for 10 years.

Critics argue that this is a long time to wait to find out whether the government can economically justify its plan to saddle the country with an additional USD 1.7 billion in national debt, especially in the wake of the Paks deal. As Magyar Nemzet notes, it seems strange that when most major rail corridors in Europe receive an average of 85 percent funding from the EU, Hungary seems ready to enter into a very costly agreement with China, the costs of which will be borne entirely by Hungarian taxpayers.