EC launches yet another infringement proceeding against Hungary 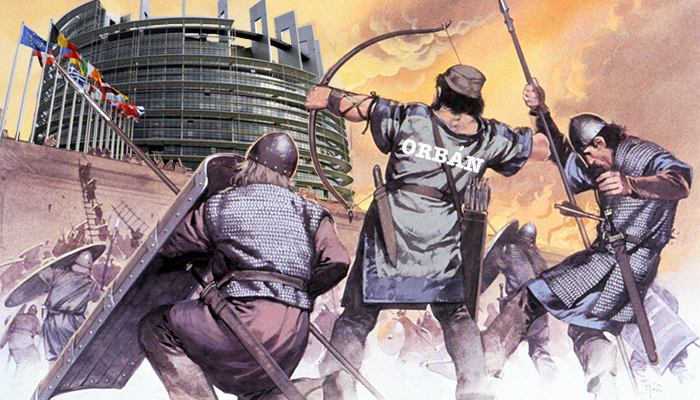 The European Commission has just launched another infringement proceeding against Hungary, reports Hungarian news site Napi.hu. This latest proceeding concerns a law passed by the Fidesz-dominated Parliament that revokes the operating permits of supermarkets failing to post profits for two consecutive years. The Commission is taking action because the Hungarian law may infringe on a company’s right to do business in any EU member state.

A European Commission spokesperson told the Hungarian Telegraph Service (MTI) that the Commission had officially notified the Hungarian government of that it would be launching an infringement proceeding against the law adopted in December 2014.

According to the Commission, the law has exposed retailers of consumer goods to an increased risk of doing business if they choose to operate on the Hungarian market. The law also has a negative impact on investment and therefore acts as a detriment to competition and thus an increase in prices, wrote the Commission.

The ball is now in the Hungarian government’s court and it has two months to figure out how to respond to the Commission’s concerns. If the government fails to answer or provides answers that do not address in merit the concerns of the Commission, the latter may launch the next stage of the proceeding, which would eventually result in the case being tried before the European Court of Justice.

When the original Bill was submitted, Hungary’s Minister of National Economy Mihály Varga said it was necessary to adopt it because large companies that operate on a loss abuse the distinct advantage they have over small competitors.

“The European Commission is closely monitoring new laws and their application,” said the Commission’s spokesperson.