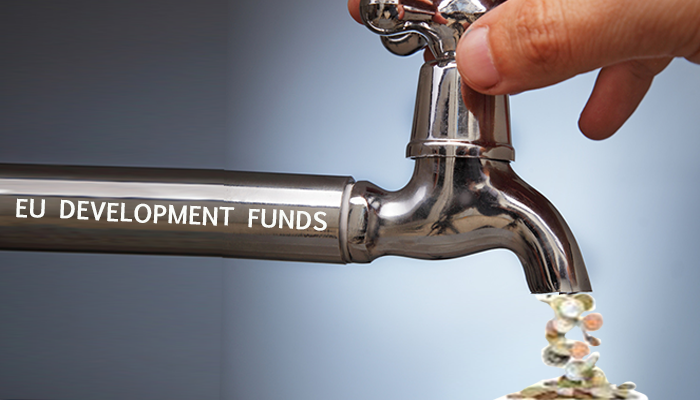 European Commission officials have asked Hungarian authorities not to apply to Brussels for reimbursement for generous advances paid to the winners of public tenders involving development funds.  Online business daily Portfolio estimates that Brussels is refusing to reimburse Hungary for some HUF 200 billion worth of EU development funds advanced to those applications that have been approved.

The EC objects to Hungary’s practice of advancing 50 percent of funds without requiring any collateral, whereas the general practice throughout the EU is for such advances not to exceed 10 percent and 30 percent in the case of collateral.
Portfolio writes that the dispute between the EC and Hungary has been going on for a number of months.

Nándor Csepreghy, the deputy minister at the Office of the Prime Minister, told the online daily in May that the government insisted on advancing 50 percent of the funds in order to ensure that the companies did not experience liquidity problems.

A few days later Csepreghy’s boss, János Lázár, announced that it was not the practice of paying advances that was the subject of dispute, but rather the ratio of those advances to the total amount.

During 2007-2013 Brussels asked Hungarian authorities not to send invoices on several occasions.

Portfolio writes that Brussels’ refusal to pay such invoices is problematic because nearly all contracts concluded this year relating to infrastructural development provide for 50 percent of the contracted amount to be advanced.  According to the official government website, to date nearly HUF 200 billion has been paid out within the framework of the IKOP (HUF 107 billion), KEHOP (HUF 61 billion) and other EU operative programs.

Invoices for advances paid to suppliers are sent to Brussels for payment every three or four months.  Usually, the invoices are paid within 60 days.