Education roundtable a step in the right direction say participants 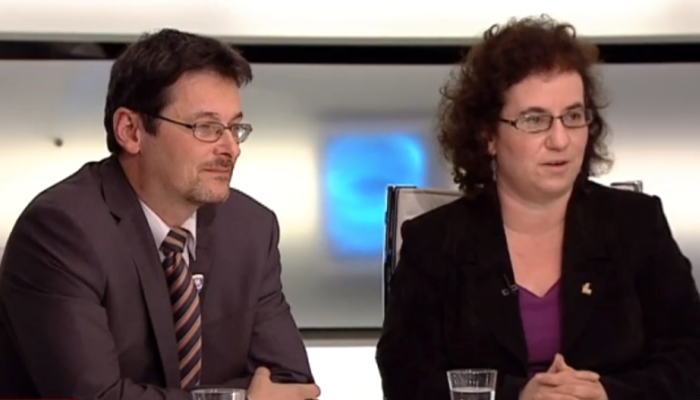 The first of a series of biweekly roundtable discussions on public education was held at the Ministry of Human Resources Tuesday morning.  Following the one and a half hour meeting, newly appointed education undersecretary László Palkovics announced that the government had made numerous concessions to the teachers’ demands.

Noticeably absent from the talks was Teachers’ Trade Union (PSz) president Mrs. István Galló, whose organization has formed a strike committee and is organizing a national demonstration in Budapest to take place on Saturday, February 13. However, Teachers Democratic Trade Union president László Mendrey attended the roundtable, as did representatives of numerous other organizations, including the chamber of industry, the Ministry of Defense, the Hungarian Academy of Culture, the Association of Big Families and Miskolc’s Herman Ottó Academic High School, whose teachers threatened to strike unless educational reforms introduced under the second and third Orbán governments were rolled back.

Székely, who claims her 30-year-old organization represents “conservative values,” said the number of classes children were required to take had increased significantly after the educational reforms adopted by the second Fidesz government, and this was especially burdensome for students participating in supplementary after-school academic programs.

Madarász called the roundtable discussion a “breakthrough”.  “From the very beginning we sought to communicate with the decision makers,” said the director of the Miskolc school whose open letter had been publicly endorsed by over 30,000 teachers nationwide.  He said (former) education undersecretary Judit Bertalan Czunyi brought a thick folder containing the result of last week’s forums held by educational districts throughout the country, and “every problem was present.”

Madarász said the next step was for work groups to be formed which involve a broad range of professional organizations.  He emphasized the importance of listening to the opinion of experienced school directors and teachers:  “The voice of teachers should be listened to.”

While he personally has yet to decide whether to participate in Saturday’s protest in light of the sweeping concessions announced by the new education secretary following the roundtable discussion, he told ATV he felt “there is a point to holding the demonstration so that the government sees how many people are behind the teachers.”