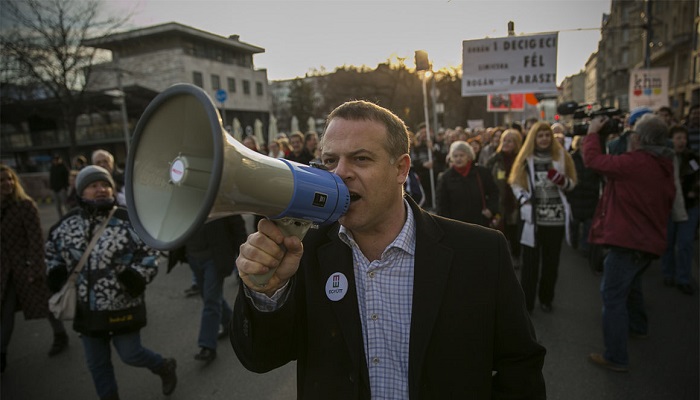 Opposition party Együtt (Together) has announced an “Independence Day” demonstration in Budapest for August 20, Hungary’s national day.  The march for free media will start from Erzsébet Bridge at 4 pm where Párbeszéd (Dialogue for Hungary – PM) nominee for prime minister, Zugló mayor Gergely Karácsony, and former LMP MP Gábor Vágó will give speeches.

Együtt president Viktor Szigetvári told index.hu that the goal of the demonstration is not only to save the media outlets acquired by Fidesz-connected oligarchs, but also to criticize the government’s education policy. Moreover, participants will march in support of NGOs who aren’t “foreign agents” as government propaganda has suggested, but do the “Hungarian state’s work” when helping Roma people and refugees, Szigetvári said.

The Együtt president referred to a recent string of acquisitions of media publishers in Hungary by business interests of Fidesz-tied oligarchs Lőrinc Mészáros, Andy Vajna, and Austrian businessman Heinrich Pecina. As we reported last week, five of Hungary’s 18 county newspapers were purchased by companies owned by Mészáros and Pecina, placing all 18 of those papers in the hands of Fidesz oligarchs.

Szigetvári said Együtt has not yet managed to partner up with other parties for the demonstration, adding that Momentum had refused to join, while LMP hasn’t answered yet.