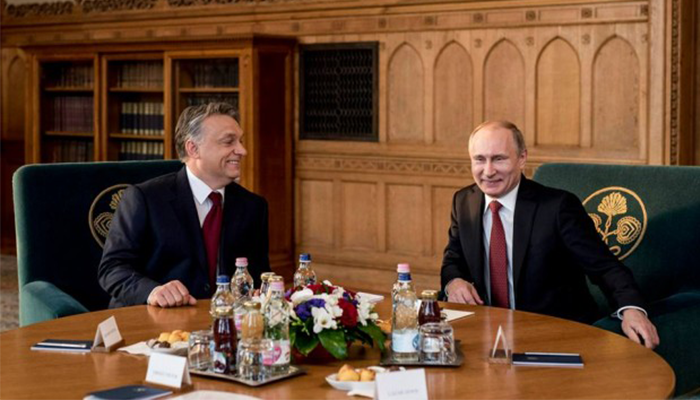 A planned protest of Russian President Vladimir Putin’s Budapest visit may be disrupted by Hungary’s counter-terrorism force (TEK). The protest, planned by opposition party Együtt (Together), is scheduled to take place in front of Parliament at 6pm on Thursday in Kossuth square. Együtt had earlier obtained all necessary permits to hold the demonstration, but TEK aims to close the entire square and the adjacent Alkotmány (Constitution) street to all traffic, thus effectively preventing the protest, index.hu reports.

According to a document released by TEK, a large portion of the area near the Parliament will be cordoned off on February 2, and only those showing proof of residence within the area will be allowed in.

Együtt has objected to TEK’s plans, saying that their constitutionally protected rights to protest cannot be overridden by the counter-terrorism force. Party chairman Viktor Szigetvári has written a letter to TEK director János Hajdu, declaring that “[TEK] cannot legally do this, which is why we will definitely be there, even if they use water cannons to try and prevent us!”

Együtt announced on January 10 plans to heckle the Putin-Orbán meeting, declaring that they would hold a second “whistle concert” similar to the one that disrupted the speech delivered by Orbán at Kossuth square on October 23 at the official commemoration of the 60th anniversary of the Hungarian revolution.

“This time Vladimir Putin will be there with him, from whom the Hungarian prime minister is diligently learning illiberal governance, the badgering of civil organizations, the limiting of free press, theft and the enhancement of family assets,” Együtt wrote on the Facebook event for the February 2 protest.

Preparations are ongoing for Putin’s visit: parking restrictions will go into effect Tuesday evening in several points in the city, including the entirety of Andrássy út. According to reports, manhole covers are being welded shut along Putin’s motorcade route. Similar security measures preceded Putin’s last visit to Budapest in February, 2015.