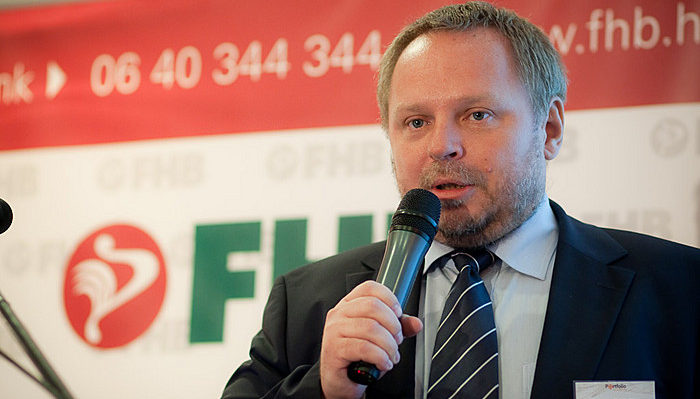 Last week, left-wing newspaper Népszabadság was unexpectedly shut down by MediaWorks Hungary Zrt., also owned by VCP. Many media experts believe the decision was political and not economic as the publisher claims.

It has been a tough year for Spéder

Thanks to the good favor he once enjoyed from the government, as well as holdings in finance, real estate, and media, Spéder became a very powerful man, perhaps too powerful.

Earlier this year, he and his businesses were targeted by various law enforcement authorities and vicious pro-government media outlets. That is when it became clear as day that Spéder’s good standing with Fidesz had abruptly and very publicly come to a screeching halt.

But aside from media and banking, Spéder has also had a difficult year in the real estate business. In September, he was forced to sell his stake (at below value) in Budapesti Ingatlan Hasznosítási és Fejlesztési Nyrt., a real estate company co-owned by Terror House director Mária Schmidt and Kristóf Nobilis.

Spéder still has significant media holdings through his control of Central European Media & Publishing, the publisher of Index.hu, Portfolio.hu, Penzcentrum.hu, and others. Earlier this year, rumors circulated that oligarch-in-exile Lajos Simicska may be poised to acquire Index.hu.

According to 444.hu, aside from acquiring a portion of Spéder’s stake in FHB, a man tied to Lőrinc Mészáros (who many hold to be Prime Minister Viktor Orbán’s strawman) has also popped up in the ownership structure of Dom-P, a company that now provides IT services for the “savings cooperatives integration” system.

Another interesting coincidence is that B3 Takarék (one of the companies that bought Spéder’s shares in FHB) recently lent Mészáros HUF 1.24 billion (USD 4.6 million).