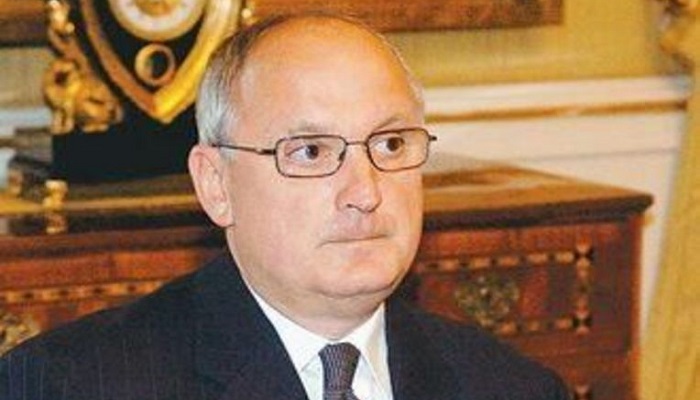 In a landmark judgement, the Grand Chamber of the European Court of Human Rights (ECHR) has awarded the former president of the Hungarian Supreme Court, András Baka, EUR 100,000  (USD 114 000) in damages for unlawfully being removed from his position in 2011.

Members of the Grand Chamber upheld the previous decision of the Strasbourg court. They ruled that the premature termination of the judge’s position violated his right to fair proceedings and freedom of expression. The ECHR ordered the Hungarian state to pay Baka EUR 100,000 in damages within three months.

Not about the money

Baka did not wish to comment on the judgement, saying he is still employed as a judge at the Hungarian Supreme Court, the Kúria.

His lawyer, András Cech, told Hungarian news portal Index.hu that according to the Grand Chamber there had been a violation of rights in two highly important points: the former president was sacked because of expressing the points of view of the judiciary and he was deprived of any possibility of seeking judicial review.

“The case was not about the money. The lesson is that such things cannot be done under the rule of law,” Cech said.

During the trial, Baka maintained that the government’s decision to dismiss him as President of the Supreme Court was carried out because he had expressed his views in a professional capacity on four particular issues of fundamental importance to judiciary. Baka believes that not only was it right to express his opinion but it was also one of his duties as President of the National Council of Justice.

The Grand Chamber agreed and ruled that the early termination of his mandate was not the result of restructuring of the supreme judicial authority, as the government had contended, but a consequence of the views and criticisms he had publicly expressed in his professional capacity.

On 22 June 2009, after serving for seventeen years as a judge at the European Court of Human Rights (1991-2008), and then as a member of the Budapest Court of Appeal for over a year, parliament elected András Baka President of the Supreme Court for six years, that is, until June 2015. In this capacity, Baka was not only responsible for administrative tasks but also had a judicial role, presiding over deliberations and guiding decisions. He was also President of the National Council of Justice, a body required by law to express an opinion on parliamentary bills that affected the judiciary, after gathering and summarizing the opinions of different courts via the Office of the National Council of Justice.

In April 2010 the Fidesz-KDNP alliance obtained a two-thirds parliamentary majority and undertook the task of implementing sweeping and comprehensive constitutional reform. During this time President of the Supreme Court Baka spoke up several times to express his views on the integrity and independence of the judiciary. In his professional capacity as President of the Supreme Court and the National Council of Justice, he expressed his views on four issues: the Nullification Bill; the retirement age of judges; the amendments to the Code of Criminal Procedure; and the new Organisation and Administration of the Courts Bill.

On 19 November 2011, Fidesz MP Gergely Gulyás (who frequently serves as prime minister Viktor Orbán’s proxy) proposed an amendment providing for parliament to elect the president of the Kúria by 31 December 2011.  Other leading Fidesz-KDNP MPs, including János Lázár, Péter Harrach and Ferenc Papcsák, submitted a series of bills which had the effect of modifying Hungary’s judicial system so that the term of the President of the Supreme Court ended at such time the Fundamental Law came into force, three and one half years before the term was due to expire.