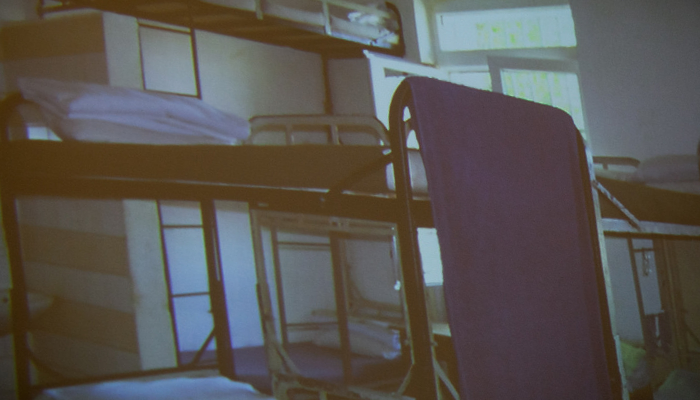 The European Court of Human Rights (EJEB) has awarded damages of EUR 73,900 to six Hungarian inmates and ordered the government of Hungary to pay EUR 6,000 in legal costs.  In addition to requiring Hungary to pay “just compensation” to the prisoners for the “inhuman and degrading” conditions of their incarceration, the court ordered Hungary to take immediate steps to alleviate the overcrowded conditions of its prisons.  The latest decision follows on the heels of four previous decisions holding the government of Hungary responsible. Some 450 additional cases are pending.

The court found that the conditions of the six petitioners’ incarceration violated article 3 of the European Convention on Human Rights.  The six convicts, who served their sentences in different facilities in Baracska, Szolnok, Budapest, Sopronkőhid, Pálhalma, Debrecen and Szeged, brought suit three years ago.

Lajos Varga, who, along with two other petitioners, was represented by the Hungarian Helsinki Committee, spent nine months in 2011 in a detention facility in Baracska.  During this time he was often put into an overcrowded cell. Upon his initial arrest he was forced to share a 30 sqm cell with 17 other inmates, which amounted to little more than 1.7 sqm per person, one third the minimum space per head stipulated by the European Convention on Human Rights.  As a result of the bad food he received, Varga lost 20 kg.  He spent 11 days in solitary confinement in an 8 sqm cell without adequate hygienic facilities, as a result of which he developed a skin infection which was not treated properly.  For the duration of his solitary confinement he was only allowed to spend half an hour a day out of doors.

Varga told Beacon sister publication Abcug.hu that he was convicted for driving under the influence of alcohol, and spent months in a 30 sqm cell where 18 inmates shared six “queen-sized” beds, sleeping three to a bed, head to toe.  “The third person had to smell the feet of the other two,” he said.

He was describing a cell that contained six, three-level bunkbeds pushed together for lack of room.  Varga said that because of the small size of the cell the inmates were continuously in conflict with each other.  “Seventeen people had to share one toilet every morning,” he said, leaving each inmate less than two minutes for his daily ablutions–enough time to urinate, according to Varga, but not for anything else.

In solitary confinement the conditions were even worse due to a clogged toilet.  Varga told the court that the cell was so smelly “even the doctor wasn’t willing to enter the cell after he vomited all over the place”.  He said that after being discharged from prison he needed to see a psychologist and had to take sedatives. Unable to work, his business had failed and his family had fallen apart.

Tamás Lakatos said that in addition to serving his sentence in a crowded cell (3 sqm per head), it was not ventilated despite the toilet being separated from the beds by only a curtain.

Gábor Tóth complained of similar conditions.  He told the court that the linens were only changed every sixth or seventh day.

Attila Fakó served his sentence in Budapest and later Pálhalma in crowded cells of just 1.5 and 2.2 sqm per prisoner.  He was allowed to spend one hour a day out of doors and to bathe once a week for of five minutes. Due to the poor ventilation, temperatures inside the cell sometimes reached 40 degrees.  And to make matters even worse, the beds were infested with bugs and insects.

Gábor Kapczár served his sentence in Szeged in 14 different cells.  Apart from the lack of ventilation for the toilet and the crowded conditions, he complained that he practically had to sleep next to other prisoners because the beds had been pushed together for lack of room.

László Pesti served his sentence in Sopronkőhida and Márianosztra in crowded conditions of 3 sqm per head.

The court obliged the Hungarian state to immediately resolve the overcrowded nature of its prisons, but did not specify how this was to be done.  From the time the decision comes into force three months from now (assuming Hungary does not appeal it), Hungary will then have six months to come up with a proposal.  Balázs Tóth, program director of the Helsinki Committee, thinks the government should hurry because, contrary to usual practice, the court did not suspend judgement of the other 450 cases pending. Were the court to render similar judgement in those cases, it could end up costing the state HUF 1.6 billion (USD 5.5 million).

The lawyer for one of the plaintiffs told ATV  the European Court for Human Rights had set a precedent with this decision, and that, while the judgement had yet to cure, it was clear what the outcome of the other 450 cases would be, and it was likely the court would render verdicts one after another in rapid succession.

More and more in prison

The Helsinki Committee believes that in the last two years alone Hungary’s prison population increased by 640.  It says the overcrowding is not due to an increase in crime but rather stricter punishments being meted out by courts at the government’s encouragement.

Although the government is in the process of increasing Hungary’s prison capacity and plans to build more prisons, adding space alone does not solve the problem.  The Helsinki Committee believes a better solution is to decrease the number of preventative detentions, sentence fewer criminals to jail time and increase the number of those under house arrest.

What does inhumane imprisonment mean?

The European Convention on Human Rights stipulates that prisoners be allowed to spend sufficient time out of doors and that toilets not be contained in the same room where prisoners reside.  It further specifies that there be at least 4 sqm per person.  For years Hungarian law did not reflect this agreement and considered 3 sqm per head adequate.  Hungary’s Constitutional Court found this law to be unconstitutional last year and ordered the government to modify it by March 15 this year.

In October 2014 and again in January 2015 the Helsinki Committee petitioned the Ministerial Council of the European Council responsible for enforcing the EJEB verdict.  The petition emphasized that measures either taken or planned to date by the government of Hungary are inadequate and do not offer a solution to the systematic problem of overcrowding.  Among the recommendations submitted to the Ministerial Council was that it call the matter to the attention of the Hungarian government.