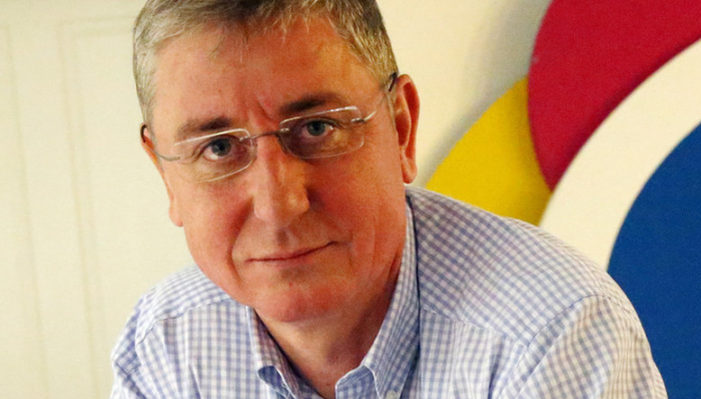 In a lengthy interview published in Hungarian print weekly hvg, formal Socialist prime minister Ferenc Gyurcsány (2004-2009) claims top Fidesz leaders were behind the outbreak of violent demonstrations in October 2006 on the 50th anniversary of the 1956 revolution.

The riots took place after Magyar Radio broadcast a speech on September 17th delivered three months earlier by Gyurcsány to Socialist party leaders at the resort town of Balatonőszöd.

On the political legacy of the speech he delivered behind closed doors on May 26th, 2006 in which he admonished his own party for lying to the electorate in the run-up to the recent general election (which the Socialists won to everyone’s surprise), the former Socialist party chairman said it was “one of the best speeches since the system change” although he acknowledges that the use of profanity “put a very powerful weapon into the hands of the opposition.”  He says the purpose of the speech was to “shake up a party that was reluctant to act” and that it was delivered in private because “you cannot curse in public.”

“The Őszöd story is ten years old – it hardly means anything to today’s 25-year-olds. Additionally, they also see that in a lot of things that I said there, life proved me right. Was I right when I said that the functioning of the healthcare system in its current state was unsustainable? And that I wanted to stir up my party so that they would dare to handle it? Yes. Was I right when I said that in this education system the disadvantages brought from home were not lessening but growing? Yes. Was I right when I said that we shouldn’t be politicians just so we don’t have to go back to being car painters? That rather there should be an ethos to what we do as politicians? I think so. Quite a few people who in the last years dropped their outrage have said ‘this guy was right’. Not long ago I sat at a roundtable where most of the others were connected with the center-right. It was exciting when at the end of the discussion one of them came over and said, ‘I was there on October 23, 2006 to scream and shout against you, and now I’m a bit ashamed of myself for it.’ I think that this is now a part of the Őszöd story too.”

Gyurcsány claims that Orbán knew about the speech well in advance of it going public, and “Fidesz played a substantial role in the preparations of the riots after the speech leaked.”

“The secret service’s investigations at that time showed that Fidesz middle-management organized the riots. We determined that already in the Fall of 2006,” says Gyurcsány, adding that he learned of the involvement of “Fidesz’s higher circles” after 2010, by which time he was no longer in office.

“I know today that there are certified state-secret documents in the government that document this factually. I also know that there are copies of these which Fidesz people will not be able to hide, even if they ever have to fear that a change in government will take place and the new government will declassify these dossiers. From these reports it will turn out exactly that Fidesz’s very highest leaders were involved in these events,” says Gyurcsány.

The former prime minister accuses Fidesz of duplicity, pointing out that on the one hand Hungary’s largest opposition party demanded “much stronger action from the police” but then was quick to condemn police of firing rubber bullets at violent demonstrators.

“When the world still trusted in Putin, (Orbán) treated our cooperation with him very critically, and then, when the world was getting more unsure of Putin and said so, he became one of our major allies. I think all that happened here is that Viktor Orbán was searching for partners for his foreign policy, and he found this in Putin. If one wants to oppose Brussels, after Orbán’s huge foreign policy shift after 2010, as the leader of a medium-small country, then partners are needed, and Putin is perfect for this, currently. The current Polish leader is also an excellent partner in this.”