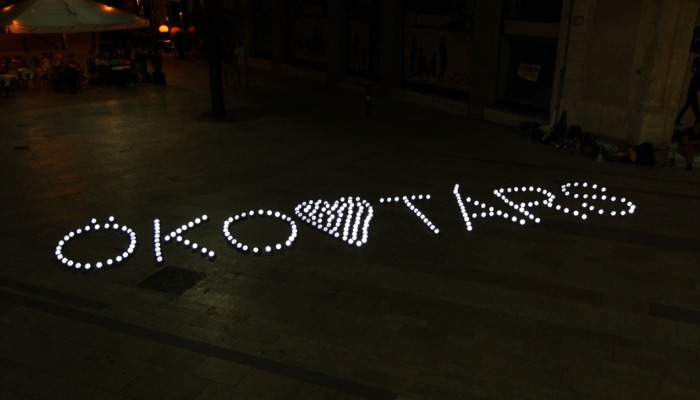 This week’s escalation of the investigations into Norwegian Civil Fund distributor Ökotárs Foundation to the level of a formal police investigation was initiated by István Tényi, a Fidesz councillor for Budapest’s District V, who last year sent threatening messages to poor children who had been his students, VS.hu reports.

The police raid at Ökotárs on Tuesday was the latest move in a seemingly co-ordinated government attack on Norway civil fund beneficiary NGOs that began on June 2, and has seen Government Control Office (KEHI) raids and the leak of a confidential Ernst and Young report used to discredit the Hungarian non-profit responsible for distributing funds to NGOs in government-linked media.

After he was fired from the Foundation for Helping the Poor and Needy (Szegényeket és Rászorulókat Segítő Alapítvány) boarding school, Tényi threatened the school last March, hir24.hu writes. He sent video footage of the bombing of Baghdad to several former students with the note “this is pretty much what will remain of your school”, causing the school to cancel its annual prom. Tényi claimed he had merely been giving an opinion on the condition of the school. In September 2013 he accused the school of fraud and misuse of public funds, prompting a  thorough investigation by the local government. According to Tényi’s  former employer he was dismissed for “continually bringing political issues into the classroom”.