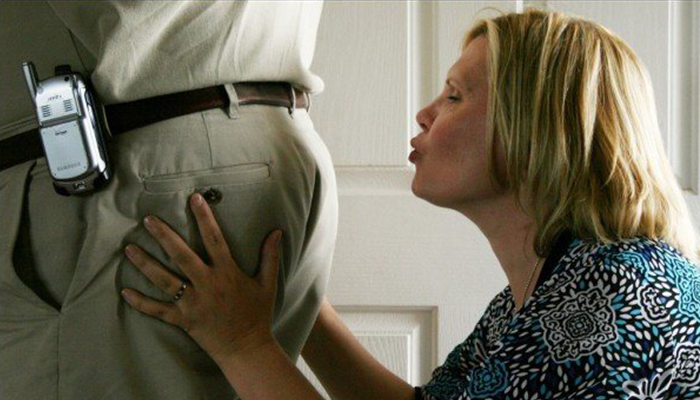 On Tuesday it hosted a mini-conference devoted to singing the praises of the second and third Orbán governments, and of course of the great leader himself.

“The Second Orbán Government examined” featured presenters who in one or other way were and still are financially beholden, if not dependent on, the subject of the discussion: prime minister Viktor Orbán and his state apparatus.  Besides museum director and historian Mária Schmidt, Sándor M. Kiss, professor of legal history at Pázmány Catholic university, Miklós Szánthó, director of government-financed Center for Fundamental Rights, Gábor Megadja, a former civil servant at the Ministry for Justice and State Administration, now presented as an intellectual history expert, Dániel Palotai, a long-time hanger-on of Central Bank governor György Matolcsy (following him from the Ministry of National Economy to the Central Bank), and Márton Békés, who some accuse of being a neocon turned eco-anarchist intellectual Luddite.  Békés’ essay The Last Revolt describes how nature will soon overtake our technically overdeveloped landscapes. Békés presently works as the director of research at House of Terror.

An actus fidei on stage

In her opening speech Schmidt did little more than point out how “Western political managers” only care about the material implications of power, while “they are not interested in what is right and what is wrong.” She then contrasted their shock when meeting an exceptional statesman like Viktor Orbán, given the latter’s “spiritual audacity.” She also described the prime minister’s Baile Tusnad speech as a moment of panic for all Western leaders, who are not familiar with honest discourses any more.

“The Orbán speech therefore caused a panic in Washington, Berlin and Brussels, or to be more accurate, in such circles of these capitals  interested in preserving the status quo at all costs. They fail to recognize that political systems can only remain viable through a series of self-corrections and reforms. Orbán’s Baile Tusnad speech in its every respect a reaction to reality; I admit that it used language to which the aforementioned Western political and media elites are no longer familiar. Because if Orbán speaks, he is talking substance. He is not using the empty meta-language that is so fashionable in the West. This is nothing that could be followed or is worth following, as it is merely a collection of commonplaces and generalizations. Orbán invited his audience to think just as he thinks. He has questions, and he is seeking the answers. His ideas originate from the recognition of the reality, and they are aimed at better understanding the direction in which the world is heading.

We should not be surprised that these aforementioned groups are irritated by Viktor Orbán, the freedom fighter. The Viktor Orbán, who on 16 June 1989, exploded onto politics at the reburial ceremony of Imre Nagy and his fellow martyrs at Heroes’ Square. He was the first in the region to openly demand free elections and the leaving of invading Soviet troops. The memory of the Hungarian nation embraced Orbán’s emblematic figure, and preserved his words. Orbán’s political credo ever since his first appearance in public is organized around the central notion of bravery. Strategic thinking, thorough consideration, decision, action, stubborn perseverance and steadfastness. But above all bravery. In his own words: ‘The coward has no home country, not only because he is chased away from everywhere.  But because, even if this is true, but rather because a coward never does anything. This is why we have to be brave. My wish to everyone is that they be brave.'”

This momentum already reminded many of the reporters present of Stalinist-era acts of atonement as well as compulsory oaths of loyalty offered to party premier Mátyás Rákosi. Given that the invitation of the event already indicated the conclusion: Schmidt’s speech “The balance sheet is undoubtedly positive” was not a total surprise.  However, many did not expect the level of humility and infatuation, usually alien from her style.

The House of Terror director used to be an influential member of Fidesz’s intellectual stronghold, who was known for her backdoor condescending opinions, especially about long-time party leader Orbán. According to party circles, in 2006 she was part of a platform operating secretly to replace him as a prime minister-candidate in the upcoming general elections. Schmidt’s preferred candidate allegedly was János Áder, Hungary’s current president. Schmidt later denied allegations of such a plot, as Orbán managed to hold on to his place even despite Fidesz’s narrow defeat in the 2006 elections.

Now however many interpret Schmidt’s performance as a sure sign that the Orbán-Simicska war is raging on under the surface of relative calm since the Fidesz oligarch condemend Orbán in a series of interviews last Friday. According to such opinions, Schmidt was widely associated with the oligarch and now Orbán was asking for a clear oath to his person.

Land of hope and glory

Other presenters proceeded with the elaboration of why the second Orbán administration was a great leap forward for Hungary. M. Kiss drew a long historical line from St. Stephen, the first king, to Orbán, naming the “fight for independence” a driving force for Hungary over the past thousand years. He concluded by praising the Fidesz government for its efforts in this direction, adding that “I have some critical points that I will only share beside a beer.” Megadja, a young historian of ideas opined in his presentation that Orbán’s plebeian approach is refreshing after the “liberal thought” that aimed at centrally lecturing and enlightening the populace against its will. According to him, Orbán’s two-thirds election victory showed what people really thought about different agendas, as well as that the prime minister.  unlike his liberal-leftist opponents, is first and foremost a democrat.

Miklós Szánthó, spoke as a long-time apologist for Hungary’s new fundamental law, curbing the powers of the judiciary and worker’s rights, among other things. According to him the new law is every bit as legitimate as the German or American constitutions, as evidenced by Orbán’s re-election in the spring of 2014.  Szánthó emphasized that even though the opposition called the Fundamental Law illegitimate, they participated in the new system of elections, and got into parliament. According to him this means a tacit acceptance of the new system on their behalf. Palotai praised Orbán for his economic policy of “dismantling unnecessary social care system measures.” He called this a “historic moment” because it has “restored the finances of the country.”

Márton Békés outlined the aesthetic and communication revolution of the Fidesz era. As he summarized, the “political correctness previously numbing public discussion” disappeared during Orbán, and politics “once again became a matter of taste and style.”

All reactions to the event in independent publications point out that the panel did not feature even one openly critical remark about any aspect of the past four years of Hungarian political history. Népszabadság columnist György Vári concluded, for example, that the session was “nothing else but an extensive ideological orientation.” Liberal-leftist Kettős Mérce’s blog however opined that the sole purpose of the whole discussion seemed to be a line-up to ensure the government of a firm and unshakable support on behalf of its intellectuals in the time of a growing political tide.