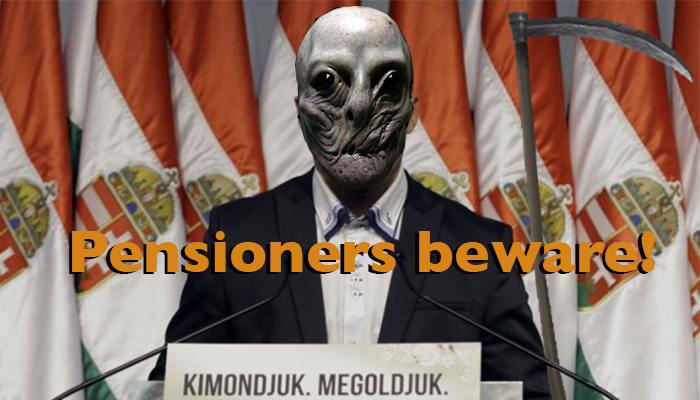 Fidesz is conducting a telephone and email campaign targeting pensioners to inform them that Jobbik president Gábor Vona has offended them, reports Magyar Nemzet.

Vona published a post on his Facebook page on July 22 about the physical abuse of a protester by Fidesz supporters at the Bálványos Open University and Student Camp. At one point Vona refers to “Victorian pensioners standing there [who] were overwhelmed by a lynching mood,” and even “Fidesz-loving” and “rancorous” pensioners.

At a press conference held on Monday, Fidesz communication director Balázs Hidvéghi called on Vona to apologize to those he had offended multiple times, claiming that Vona remained defiant despite pensioner organizations also urging him to do so. “Nobody should have the audacity to speak about Hungarian pensioners like this,” Hidvéghi said. He announced that Fidesz will contact those who had formerly authorized the party to do so in the next 7-10 days by telephone and email.

A reader of conservative print daily Magyar Nemzet says the telephone campaign is already under way. According to the reader’s account, a grave male voice, speaking on behalf of Fidesz, listed the words and phrases with which Vona allegedly insulted Hungarian pensioners. The voice called Vona’s statement “outrageous” and warned call recipients not to “forget this when it comes to voting”.