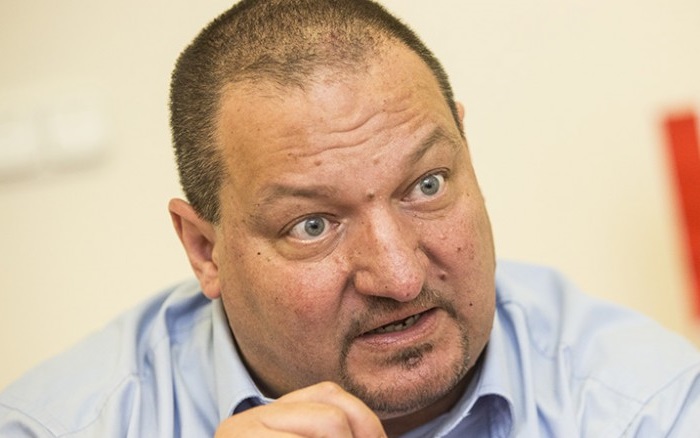 During the committee’s session, Szél asked the head of the Military National Security Service (KNBSZ) how and why the proprietary code of a Russian IT firm was used on the government’s official “National Consultation” webpage.

As we reported earlier, journalists at 444.hu discovered some unusual lines of code on the webpage last week. The code belongs to Yandex, Russia’s IT equivalent of Google, and could gather valuable information about users who access the website and then forward it to Russian servers.

In response to Szél’s questions concerning possible national security risks posed by the use of the Russian code on a government website, the KNBSZ leader referred Szél to the Constitutional Protection Office (AH) leader, Zoltán Kiss, who, while preparing to answer, was interrupted by Fidesz vice-president Szilárd Németh (pictured above) abruptly leaving the session.

According to Szél, Németh “jumped up and said that there are no more items on the agenda, and then he stormed out. His Fidesz colleagues looked after him confusedly, and in the end they followed him, resulting in a no-quorum for the national security session.”

Szél’s party LMP (Politics Can Be Different) had earlier announced that it would lodge a formal complaint on the abuse of personal data regarding the national consultation’s online form.

Németh later told journalists that the issue of the Russian code had been raised in the session, but “it can’t mean any kind of national security or data protection problem.” He reminded Hungarians that the real threat to national security is the existence of civil organizations funded by Hungarian-American billionaire and philanthropist George Soros.

The Yandex code was removed from the government website shortly after it was revealed by 444.hu.

Minister with no ministry to oversee Paks project

Prime Minister Viktor Orbán said during Monday’s parliamentary session that he intends to appoint a minister to oversee the planned expansion of the Paks nuclear facility.

Szél had asked Orbán about a possible referendum on the controversial Paks project. Orbán responded by saying that he would appoint a minister without a ministry to oversee the expansion, index.hu reports.

However, only Hungary’s head of state, President János Áder, can appoint ministers. Orbán can only nominate them.

Orbán did not reveal who, when or why he would “appoint” a minister but the creation of such a minister would take the project’s management out of the hands of Minister Overseeing the Office of the Prime Minister János Lázár, who has done so until now.

The Orbán government signed an agreement in early 2014 with the Russian government on what would be Hungary’s largest ever infrastructure project, to be undertaken by a Russian energy firm and financed with a EUR 12 billion loan from a state-owned Russian bank. The agreement has been criticized for failing to adequately address environmental, public investment and safety regulations, as well as for making Hungary’s energy production dependent on Russia for decades to come.