Fidesz MEP Tamás Deutsch says there will be no internet tax 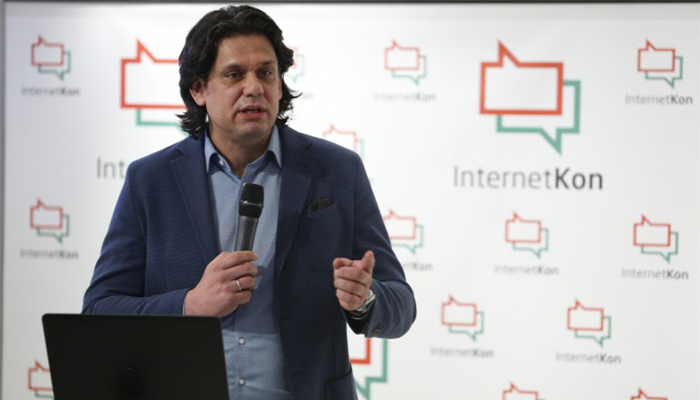 The Hungarian government has started an internet consultation. In its first phase, Hungarian users are invited to make suggestions and proposals about the internet between 3 February and 26 March.  Selected questions and proposals will then be answered between May and July. Government commissioner Tamás Deutsch, who is also a Fidesz Member of the European Parliament, spoke about the project to Olga Kálmán on ATV’s Egyenes Beszéd (Straight Talk).

“How the future of Hungarian internet will look like depends on you!” reads the webpage of the national consultation.

So eager is the Hungarian government to know people’s opinions about the internet that not only will they conduct a popular opinion poll, but the questions to be posed to the Hungarian people are to be submitted by the very people whose opinion they wish to know, Deutsch told ATV.  This was his explanation for why no questions  had been compiled by polling experts in advance.  According to Deutsch they will analyze the questions and choose 15-20 of them, to be answered and elaborated on in the second phase. Regardless of the selection process, all questions received will be published on the webpage.

According to Deutsch expert opinions are important.  However, in a democracy, during elections or a referendum citizens formulate their own opinion on issues requiring thorough expertise to grasp. This is why he thinks it is good that the questionnaire will include economy-related issues as well.  If the result of the consultation will be that citizens think information technology should play a larger part in public education  (provided that this will come up as an issue), then the government will be obliged to take steps by amending the national curriculum.

The idea of the internet consultation was brought up by Prime Minister Viktor Orbán, after a hundred thousand people protested Fidesz`s plans in October to tax internet usage, forcing the government to withdraw the proposal.  Deutsch said that personally he would prefer to forget the idea altogether. He was quick to assure ATV’s viewers that the plan is already off the table, and there are no plans for anyone from Fidesz to propose anything similar to parliament in the future.