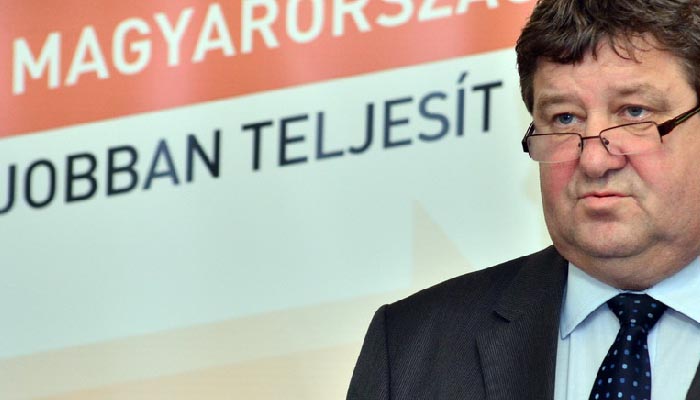 Last year former chief of the tax authority Ildikó Vida (whose resignation became official on July 20th) along with several other Hungarian Tax and Customs Administration (NAV) directors were banned from entering the United States for allegedly engaging in, or benefitting from, corrupt practices.

Vida, a longtime associate of both Prime Minister Viktor Orbán and Hungarian oligarch Lajos Simicska, claimed she was leaving the tax authority because of personal attacks against her and because of the government’s plans to carry out a structural overhaul of NAV without consulting her.

In Hungary, it is the prime minister who appoints the head of the tax authority.

Népszava.hu reports that Orbán has been in talks to decide who will be tapped to lead NAV. According to the news site, these meetings have yielded Vida’s potential successor, Fidesz MP and state secretary András Tállai.

Tállai’s name came up during a meeting of government officials last week, but the state secretary will only take over if the tax agency retains its powers over both customs and taxation, Népszava.hu reports.

The Ministry of National Economy has not denied the Népszava.hu story.

Tállai has been a Fidesz Member of Parliament every term since 1998.