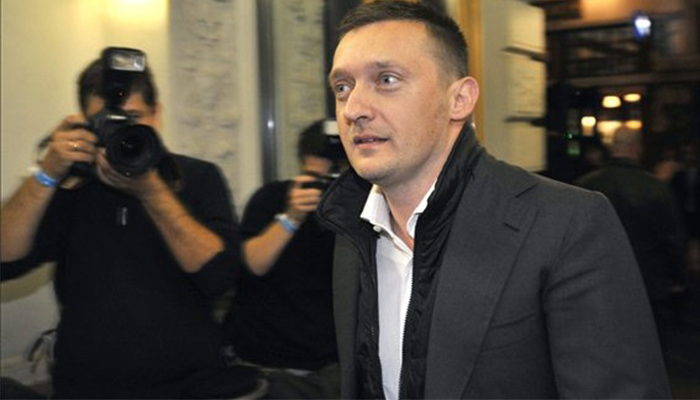 The personal assets of Fidesz MP and Budapest 5th district mayor Antal Rogan received considerable media attention the week before the election after it was revealed the career Fidesz politician modified his personal asset declaration so as to include a 50% ownership interest in a luxury flat he previously indicated belonged to his wife.

According to Index.hu Rogan earned a total of HUF 130 million before taxes between 1998 and 2013 as a member of parliament, including some HUF 4.5 million in compensation for hotel expenses. (Index.hu offers no explanation for why it was necessary for Rogan, a Budapest resident, to incur hotel expenses while parliament was in session).

Despite earning quite a lot of money, earlier declarations indicate Rogan was not able to put much aside in the way of savings. For this reason it is not clear how he managed to acquire a HUF 90 million (USD 450,000) luxury flat in Budapest’s 1st district in 2009 with a HUF 60 million loan and a few million in savings.  Moreover, it seems Rogan’s financial situation dramatically improved over the course of 2011 in a manner that has yet to be explained. 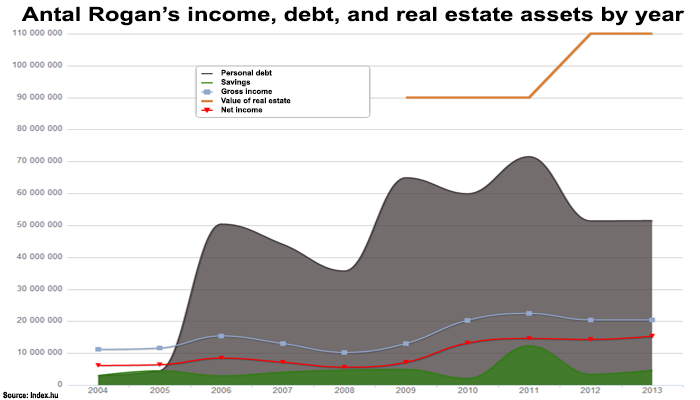 Hvg.hu reports city prosecutors have been investigating the 5th district for several months, and speculates that the remarkable improvement in Rogan’s personal finances may somehow be related to large contributions made by the Budapest 5th district government to various district NGOs whose officers include city council members and employees.