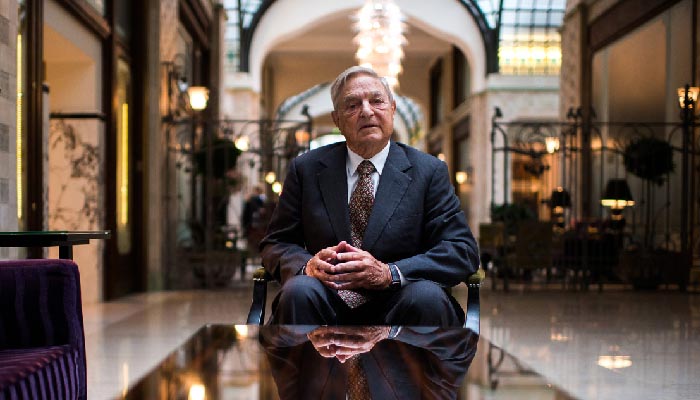 In Hungary, where the government would have everyone believe the nation’s existence is in a perpetual state of peril, the government has made clear its intention to  protect Christendom and Europe from the global left-liberal agenda (represented by American businessman George Soros) which, the government now claims, seeks to strip Hungary of its sovereignty by requiring that it admit a certain number of asylum seekers.

On Monday, during a plenary session of parliament, Fidesz parliamentary fraction leader Lajos Kósa blamed Hungarian-American investor and philanthropist Soros for the calamity that has befallen the European Union (and Hungary) as a result of the refugee crisis.

Kósa’s message was simple: European leaders, such as Prime Minister Viktor Orbán, only want to protect and preserve Europe’s borders and the continent’s “Christian” heritage, which leftist liberal conspirators seek to dismantle by forcing nation-states to take part in a mandatory quota system for the settlement of asylum seekers.

Kósa’s statement may strike our readers as nonsensical jibberish, but the message is very calculated and deliberate, and echoes that made by Prime Minister Viktor Orbán at a speech to Fidesz-KDNP party alliance faithful on Friday.

In an essay published by George Soros in late September, the billionaire argued that Orbán’s proposal for dealing with the continent’s refugee crisis “subordinates the human rights of asylum-seekers and migrants to the security of borders, [and] threatens to divide and destroy the EU by renouncing the values on which it was built and violating the laws that are supposed to govern it”.

But Orbán would have Hungarians and Europeans alike believe that any position on the refugee crisis which differs from his own would result in the loss of national sovereignty and be the beginning of the end for Europe’s Christian heritage. According to the logic of Hungary’s head of government, those who espouse a different view are actively seeking to undermine Europe and Christianity.

The Hungarian government has repeatedly stated that it has no intention of taking part in plans for an EU quota system because such arrangements allegedly violate its sovereignty.

As the EU moves closer towards adopting a quota system, Fidesz and the Hungarian government are blanketing the airwaves with an alternative storyline — one that portrays European leaders who support quotas as pawns of the global big-money leftist liberal elite.

Kósa’s speech set the stage for the government’s next round of propaganda relating to the refugee crisis. After “bashing” Soros for espousing the view that Europe must rebuild its asylum system in order to protect the human rights of asylum seekers, Kósa said Soros’ position makes it abundantly clear “what kind of powers are behind” the European Commission and German Chancellor Angela Merkel in their push for quotas.

Kósa used his time on the floor of the Hungarian parliament to send a message to Soros: that no one ever asked Soros for his opinion.  The Fidesz deputy chairman declared “Soros György jobban tenné, ha máshol kereskedne!”  (“It would be better if George Soros traded elsewhere!”).

According to Rogán, the debate surrounding Europe’s refugee crisis is currently dominated by two competing positions.

Therefore, the only possible conclusion on the part of any clear-thinking Hungarian is that Hungary is once again under attack!