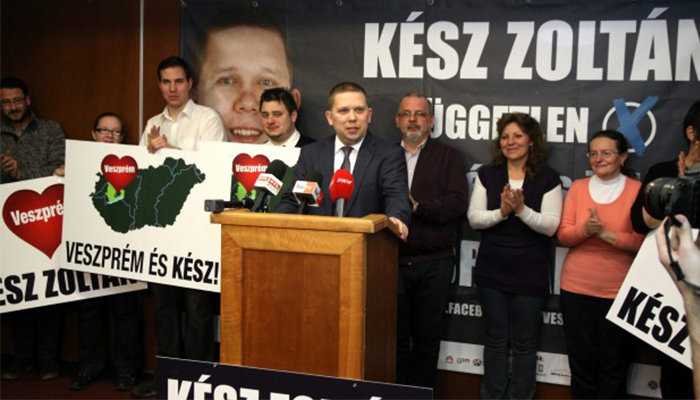 The final, official results of the parliamentary by-election in Veszprém on February 22 have been released.  They reflect only a minor decrease in the margin of victory of independent candidate Zoltán Kész over the runner-up, deputy mayor Lajos Némedi of Fidesz.

Requests for legal remedies with regard to the by-election were to have been submitted by 4 pm on Sunday.  However, as no such complaints arrived, the results are now official: independent civil candidate Zoltán Kész won.

The results announced late on the night of February 22 reflected 98.91 percent of the returns.  At the same time the results of the Veszprém 2nd sub-electoral district were only released on Friday.  The reason for this is that votes cast abroad were added to its votes–all 42 of them–and it took until Friday for those to be delivered to Hungary and counted.

The following table summarizes the results of the election based on 98.91 percent of the returns as well as the final results of the Veszprém 2nd sub-electoral district.  Némedi’s returns strengthened slightly at the expense of Kész and the Jobbik candidate Varga Damm Andrea.  It is interesting to note that Kész received the same proportion of votes in the Veszprém number 2 electoral subdistrict as Némedi did in the entire electoral district.