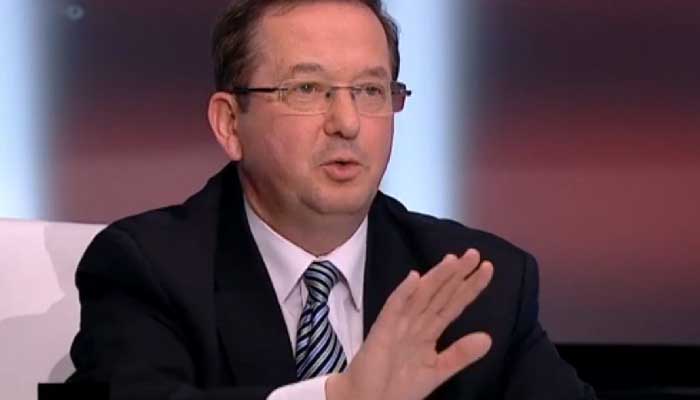 Former Fidesz MP Zoltán Illés appeared on ATV’s Egyenes Beszéd (Straight Talk) Thursday night to discuss the controversial cutting down of trees at Budapest’s Városliget park. Illés served as a Fidesz MP for three terms between 1998 and 2014 (1998-2002, 2002-2006 and 2010-2014), and most recently was an undersecretary specializing in environmental issues in the Ministry of Rural Development between 2010 and 2014.

Since leaving parliament and government following the 2014 national elections, Illés has taken up an interesting role promoting what he considers to be important environmental issues in Hungarian public life.  A vocal critic of government plans to build new reactors at the Paks atomic energy plant, Illés still considers himself a member of ruling party Fidesz, despite lambasting it for stealing EU funds and destroying the environment in Hungary.

On Egyenes Beszéd last night, he made the following statement:

“There won’t be any more EU money after 2020. The EU’s structural and cohesion funds will cease to exist after 2020. We will have elections in 2018. The European Union won’t give any more money.”

According to Illés, Hungary has HUF 10,500 billion at its disposal and the goal of the Orbán government is privatize all this money through various projects by means of deliberate overpricing, spending on useless projects, and incredibly expensive large projects that cost billions.

Instead of looking for efficient and effective ways of spending the EU funds Hungary has at its disposal, Illés says the government will continue to spend lavishly on enormous projects so that it can call down as much of the EU money as possible.

Illés says that this reckless use of EU funds trumps any notion of protecting the environment and continues to exacerbate income inequality in Hungary because the funds are being channeled to a very narrow group of people.