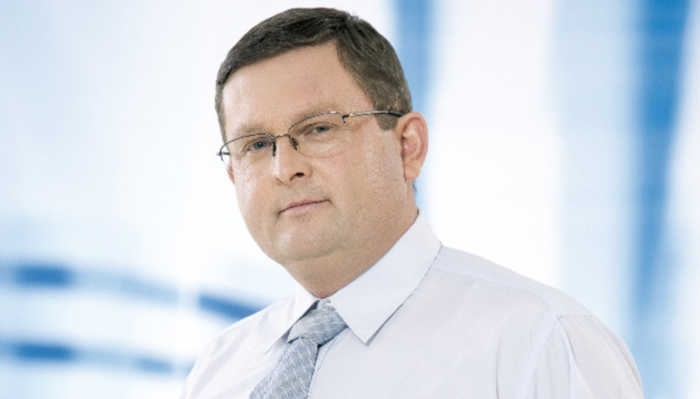 The trial of former Fidesz MP József Balogh, who prosecutors allege savagely assaulted his partner in April 2013, began this week. Balogh, who served as an MP and mayor and Fülöpháza when the incident took place, blamed his partner’s injuries on the couple’s blind dog.

Prosecutors are charging Balogh with assaulting his partner, an act that resulted in his partner having to remain in the hospital for more than eight days due to significant injuries to her nose, face, and zygomatic bone.

The scandal made national news almost immediately.  Shortly after the news broke, Balogh’s ex-wife publicly stated she divorced Balogh because of his aggressive nature, claiming  he had beaten her on many occasions.

Balogh denied everything and tried to explain his partner’s injuries by claiming his partner tripped over the couple’s blind Komondor.

Shortly after the incident, Balogh informed Fidesz that he would be leaving the parliamentary fraction in the interest of the Fidesz party and the government, but would remain an as independent MP.

The scandal reignited in November 2013 when prosecutors from the national investigation announced that Balogh had admitted to assaulting his partner during questioning connected to the investigation.

Shortly after, Balogh made a joint statement with his partner to Hungarian news site Index.hu.

“The truth is that during the week when the Komondor thing happened, I had been working really hard. I had to make presentations in parliament and around the area about rural life. Then I had to get ready for a wedding reception, I had to prepare and write a speech. Then, when I was finished with all of that, I was so restless I could hardly fall asleep. I took a sleeping pill, but that didn’t help. I tried to lay down, but I couldn’t fall asleep. So I went out and thought that Terika was leaving, and I told her not to leave because we had been drinking pálinká. I started to bring her inside. The Komondor didn’t know what we were doing, whether we were playing a game or something. So it jumped at us, we tripped over the dog and fell down. I got a really ugly injury on my elbow. This is probably when I punched Terike, but it was only an accident.”

Fidesz kicked Balogh out of the party in November 2013, and Balogh did not run for parliamentary reelection in 2014. He did, however, keep his position as mayor of Fülöpháza, although it’s worth pointing out that he was the only candidate.

Assault resulting in serious physical injury can result in a prison sentence of three years. Balogh and his partner unsuccessfully tried to have the case dismissed last year. The court’s threw out their request, despite the victim asking for a dismissal. The Kecskemét Court reasoned that given the significance of the case and the circumstances surrounding the charges, dismissing the case would not be proper.