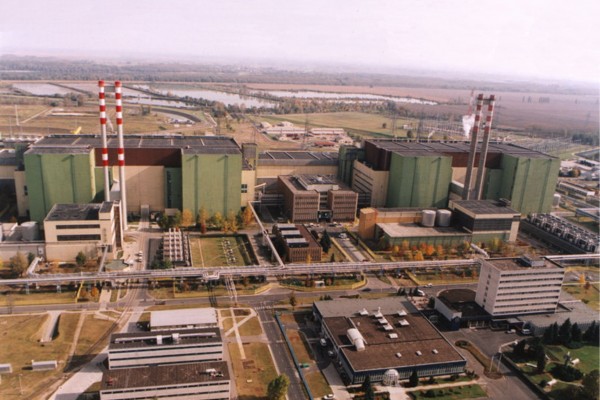 A meeting took place in May in Budapest between German European Commissioner Günther Oettinger, German businessman Klaus Mangold and Prime Minister Viktor Orbán. The topic of the meeting was the expansion of the Paks nuclear plant in central Hungary, a controversial projeсt which has met with a slew of serious legal and financial roadblocks. The “mysterious” meeting seems to have been about ways to save the project from its many existential hurdles, writes news site 444.hu.

On May 19th, Commissioner Oettinger arrived in Budapest to give a presentation at the University of Technology’s “Cars of the Future” conference, which Orbán also attended. Oettinger had arrived in Budapest on the private plane of his friend, German businessman Klaus Mangold, and the two of them held a closed-door meeting after the conference with Orbán where they reportedly discussed the Paks project. It was not the first time either of the visitors from Germany had concerned themselves with Hungary’s nuclear power plans.

The right men for the job

Oettinger was the European Commissioner for Energy when the European Commission (EC) gave preliminary approval for the largely Russian-financed project in 2013. He has left the post since then but remains with the Commission, and under the EC presidency of Jean-Claude Juncker, the EC initiated a more thorough investigation into the project, finding in January that it had broken EU regulations restricting state aid.

Mangold directs his own consultancy firm, Mangold Consulting, and is the president of the German Economic Eastern Commission, where he brokers deals between German businesses and Russia, and has a direct relationship with Russian President Vladimir Putin. He is also on the board of supervisors of the Rothschild Bank, where in 2013 he oversaw the drafting of the Paks contract agreement between Russia and Hungary, whereby Hungary would take out a EUR 10 billion loan from a state-owned Russian bank.

Orbán’s meeting with Oettinger and Mangold to discuss Paks certainly suggests a plan to push backdoor approval through the EC, using the influence of these two powerful figures. There are currently two procedures ongoing within the EC holding up the Paks project: one is an EC infringement proceeding against Hungary, alleging that it violated EU public procurement rules when awarding a no-bid contract to the Russian Atomic Energy Corporation (Rosatom) to build two new nuclear reactors. The other concerns violations of EU laws restricting state aid, mentioned above.

Too many squeaky wheels

While these proceedings are problematic for the project, the amount of money involved creates a high-stakes environment in which interpretation of the rules can tighten or loosen based on political will. In addition to closed-door meetings with influential Germans, Hungary has made several gestures to cultivate the kind of political will it needs to get a green light for the project. There is a good chance it would involve German engineering company Siemens in the project to the tune of HUF 500 billion (USD 1.79 billion), and Hungary has also recently given up its steadfast opposition to a planned Russian-German underground gas pipeline. While only a few months ago it signed a letter of protest against the project, by now “Hungary’s position has gotten more pragmatic,” according to a government official, in what appears to be a quid pro quo arrangement.

While Oettinger no longer holds the EC Energy portfolio, his influence could be useful in Brussels among his former colleagues, and he could give important advice to Hungary on how it might better adapt the Paks project to the requirements of the EC, writes 444.hu. Mangold’s connections in business and finance, as well as his relationship with Russia, could be instrumental in greasing the right squeaky wheels in Brussels so that Paks II can finally roll along.