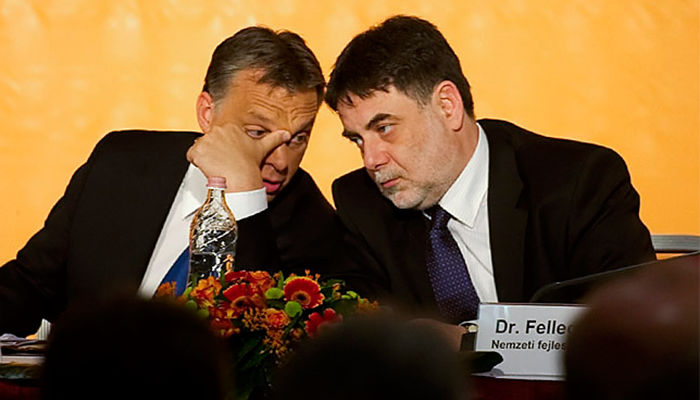 Since 2013 the government of Hungary has awarded approximately HUF 1 billion (USD 3.6 million) of contracts to EuroAtlantic Solutions, a company headed by former minister for national development-turned lobbyist Tamás Fellegi. He has been moonlighting in Washington since 2013 as the president of the Prime Minister’s Office’s Washington-based Hungary Initiatives Foundation, overseeing the distribution of Hungarian taxpayer money to US-based organizations.

In March the Ministry of Human Resources concluded a contract in the amount of HUF 790 million (USD 2.85 million) with EuroAtlantic Solutions Kft. to organize and promote the Hungarian pavilion at the 2015 World Fair in Milan, Italy. The agreement includes organizing events, travel arrangements and lodging, catering, marketing, public relations, creative work and media management.

Is there a trend?

EuroAtlantic Solutions Kft. has a penchant for winning government contracts amounting to just under HUF 25 million, this amount being the threshold above which the government is required to issue a public call f0r tenders.  Under HUF 25 million (USD 89,500) it is enough for the government in question to invite three companies to submit a bid, although for the purposes of selecting a winner it is sufficient for only one bid to be submitted.

EuroAtlantic’s success at winning government contracts comes as no surprise considering the Prime Minister’s Office selected  the company in October 2013 to design the official Hungarian website for the World Fair and perform media-watching services with respect to the Italian press.  The value of that contract was HUF 23.9 million.

Hungary’s state-owned National Asset Management company contracted with EuroAtlantic Solutions in March 2014 to manage marketing an exhibition at the Liberty Science Center on the 40th anniversary of the creation of the Rubik’s Cube. The amount of the contract was HUF 24.5 million.

In April 2013 the Prime Minister’s Office awarded Fellegi’s company another HUF 23.9 million to handle communications for an international design competition related to the Rubik’s Cube project.

In September 2013 the Prime Minister’s Office contracted with EuroAtlantic Solutions and the Washington-based Prime Policy Group consortium to lobby on its behalf in the United States for approximately HUF 168 million.

The government of Hungary plans for the 2015 World Fair in Milan may cost approximately HUF 4.7 billion (USD 17 million). Budget appropriations from 2014 and 2015 show the government allocated about HUF 3.43 billion (USD 12.3 million) in preparation of the event.