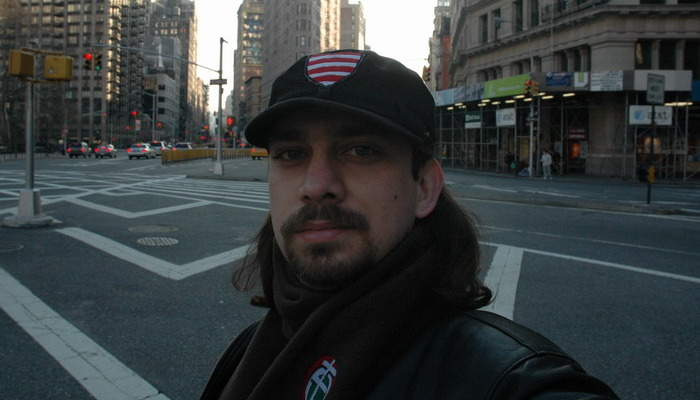 A pro-Russia rally is set to take place in Budapest on 17 February and is organized by a website, Orientalista.hu, and a Facebook community group, Kiállunk Oroszország Mellett (We Stand Up for Russia). The event page claims the goal of the rally is sympathy for Russia during the visit to the Hungarian capital by its President, Vladimir Putin. Below are the four points organizers want you, eager eastward-openners, to know!

Just who are these organizers?

Good luck finding their names without a search engine. The Facebook event page provides an e-mail address (keleti.nyitas2015@gmail.com) for all “NGOs and other organizations” interested in joining the rally. Keleti nyitas means “Eastward opening” in Hungarian.

Orientalista.hu, one of the organizers, is a website that features anti-US propaganda and pro-Russia demagoguery. The “About” page of the website does not include the names of any contributors (but it does have a logo of Hungarian state news agency MTI, indicating it reuses the agency’s stories). The page does include an e-mail address, kelethangja@gmail.com. Keleti hangja means “Voice of the East” in Hungarian.

RTL reported that Kassab was elected to the council on the Jobbik ticket. According to extreme right-wing Jobbik’s profile of Kassab, RTL reported he is a photographer and journalist by profession. He is half-Syrian, half-Hungarian. Kassab joined Jobbik in 2006 and was elected president of the party’s District IX organization. He was one of 56 Hungarian Guards to take their vows on the Hungarian Holy Crown. Kassab was active in Jobbik’s Foreign Affairs Committee and, because of his background, was responsible for Jobbik’s eastern diplomacy.

Kassab was elected vice-president of Jobbik’s Budapest chapter in 2009. RTL.hu also reported that he felt it was important to hold political criminals to account and to defend Hungarians against multinational interests. He’s no longer a member of Jobbik.

It is unclear whether Kassab was actually born in Hungary, but according to this video interview broadcast by Budapest’s District IX public television in 2013 he spent five years in Syria, then moved back to Hungary for four years before moving back to Syria, and then finally back to Hungary as an adult.

It is clear from the interview that he is a fan of Syrian President Bashar Al-Assad and thinks Syria’s current problems are happening because “the West interfered”.

How big will the pro-Russia rally be?

So far over 800 people have indicated they would attend, with just under 200 “maybes”.