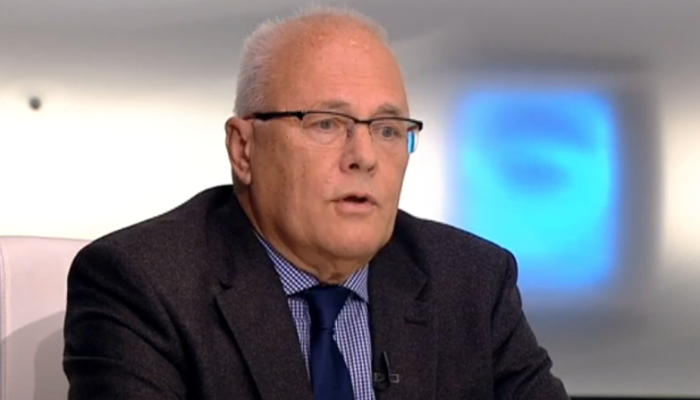 Hungarian officials responded angrily to the speech, which appears to have caught the government of prime minister Viktor Orbán off guard.

Balázs believes the nature and timing of the speech was determined in Washington and is related to both the refugee crisis which is very disruptive to Europe, and the Russian decision to intervene militarily in the Syrian civil war.

“The US sees that there is a crisis in Europe that is difficult to resolve and could become worse and is worried for its allies” says the former diplomatic, who calls “idiotic” to notion that the United States is somehow interested in more and more refugees coming to Europe.  “The United States wants Europe to be united and prosperous.  This is threatened by the refugee crisis.”

The former minister also speculated that Russia’s intervention in Syria on the side of Assad allies it with Iran and Hezbollah has tilts the balance of power in the region away from the United States, with implications for Europe’s energy security.

“In such situations the US is less tolerant” says Balázs, pointing out that it is clear from the list contained in Bell’s speech the there are a large number of things the US finds wanting with the current government of Hungary with regards to its justice system, its commitment to democracy, economic transparency and predictability, and its foreign policy commitments, to which Hungary’s “cynical turning of its back” on the refugee crisis has just been added.

“The US is playing a large game of chess in which Hungary is just one small figure.  Not insignificant, but not the most important” observed the former diplomatic.  “The message wasn’t brutal.  The whole situation is brutal”.   He says the current government has been behaving in a destructive manner and that it in every area has been moving away from the accepted system, from the accepted norms of the use of the military to economic policies and foreign alliances.

Commenting on Minister for Foreign Affairs and Trade Péter Szijjárto’s comment that Bell’s speech contained “nothing new”, Balázs observed that “this is because nothing has changed”.

Calling the Bell’s speech a “very serious, public warning” Balázs said that US-Hungarians relations had entered a new phase, and that it remained to be see whether it would have any impact on the government’s policies.

“We don’t know what will happen.  After delivering such a message, the United States can rightfully say “we warned you”.  Many things could happen. I don’t want to speculate” said the former minister.