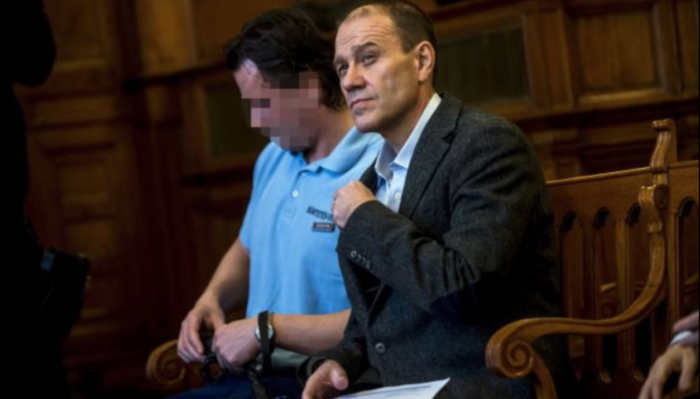 Csaba Tarsoly, the embattled former CEO of Quaestor, gave an interview to Hungarian weekly Magyar Narancs this week in which he claims he is being forced to stand trial for crimes committed by his subordinates and others.  Tarsoly was placed in pre-trial detention for his role in the collapse of the Quaestor brokerage in March of 2015. Prosecutors have charged him with a long list of alleged crimes, including the issuance of fictive securities and the loss of HUF 150 billion (USD 517 million) of funds. A judge granted Magyar Narancs access to Tarsoly despite objections from prosecutors.

He also talked about the events leading up to and following the suspension of Quaestor’s activities, the destruction of documents, and the disappearance of an off-book “cash desk” from which prosecutors claim over HUF 1 billion disappeared.

According to Tarsoly, he is the victim of a “show trial.”

When asked who the real culprit behind Quaestor’s collapse is, Tarsoly said he does not want to divulge any details pertaining to the testimony he will give in court.

The former CEO said he did not steal any money and he actually tried to save the brokerage. That was why, following an investigation by the National Bank of Hungary’s regulatory officials, he “asked for a certain type help and received a promise from the appropriate place.”

“The appropriate place” had told him to turn to the deputy chairman of the National Bank (MNB), admit everything, do a few more things, and then Quaestor would be bailed out and the clients would be saved.

Tarsoly would not divulge any information regarding the content or source of the instructions.

When asked how the Ministry of Foreign Affairs and Trade managed to withdraw HUF 3.8 billion from the brokerage just before its collapse, Tarsoly said the details will be clarified during the trial.

Ultimately, Tarsoly downplayed his role in the business and claims he was not involved in the “operational” side. In other words, any crimes that were committed were done without his knowledge by people working  under him.

“There were people who committed abuses.  But these abuses never happened with my approval.  And I only learned of the vast majority of these after they occurred,” he says.

Certain claims made by Tarsoly over the course of the interview call into question testimony provided by Hungarian regulatory officials, namely that of MNB deputy chair László Windisch. Shortly after the interview was published, the MNB announced its intention to report Tarsoly to authorities for defamation and slander.

Tarsoly even mentions how the Ministry of Foreign Affairs and Trade introduced him to international fugitive Gaith Pharaon, a Saudi-born business magnate currently sought by US justice authorities.

(Pharaon recently purchased a house across the street from Prime Minister Viktor Orbán. The connection between Orbán, his son-in-law István Tiborcz, and Pharaon has become a precarious topic for the prime minister recently.)

According to Tarsoly, the foreign ministry introduced Pharaon to him as a potential investor in the Duna City development project in early 2015.

(Following the publishing of the Magyar Narancs interview, the Ministry of Foreign Affairs and Trade confirmed that it had introduced Pharaon to Tarsoly.)

The first meeting had taken place at a lunch meeting at the Buddha Bar restaurant in Budapest, where people from the ministry introduced Tarsoly to Pharaon and his secretary. Later, Pharaon had come to Tarsoly’s office and offered to invest in Duna City.

Tarsoly said he found the initial offer to be quite low, but Pharaon later offered to arrange financing for the project in return “for five percent.”

When asked whether this relationship could have played a role in the fact that Tarsoly was not taken into custody for weeks after the brokerage scandal broke, Tarsoly denied that he had received special treatment.

“I have been in pretrial detention for more than 600 days,” he said. “What is three weeks compared to 600 days? Many would have liked for me to leave the country in those three weeks, because that way they could pin more things on me. But I did not flee because I have nothing to hide. Zoltán Mikuska’s personal affairs are not my concern. He did not ask my permission to propose to Péter Polt’s daughter.”

Furthermore, Tarsoly said, “Mikuska had no connection to the management of Quaestor, so it is perfectly natural for prosecutors to not even question him. He had no insight or knowledge of Quaestor’s affairs. He is just a lawyer who came to work [for Quaestor] from public administration.”