Freedom House: Hungary has weakest democracy in the EU

Hungary has the weakest democracy in the European Union, according to Freedom House’s annual Freedom in the World report.

Freedom in the World 2018 evaluates the state of freedom in 195 countries and 14 territories during the 2017 calendar year. Each country and territory is allotted between 0 and 4 points with regard to 25 separate indicators for an aggregate score of up to 100. These scores are used to determine two numerical ratings, one for political rights and one for civil liberties, with a rating of 1 representing the most free conditions and 7 the least free. A country or territory’s political rights and civil liberties ratings then determine whether it has an overall status of Free, Partly Free, or Not Free. 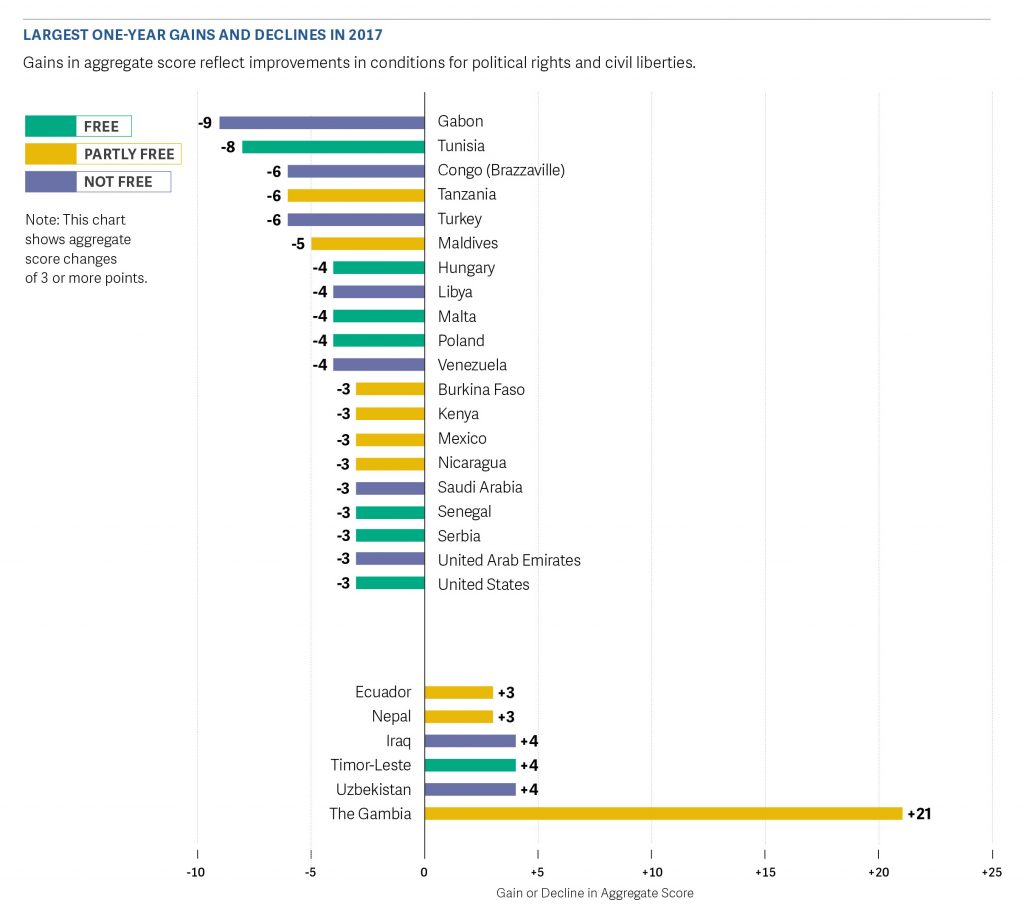 Based on 2017 data, Hungary scored 72 points, which is the lowest in the whole of the 28-nation EU. According to the report, while still a “free” country, Hungary lost 4 points in 2017 compared to the previous year.

With -20 points, Hungary is the tenth on the list of countries that saw a dramatic decline in freedom over the last 10 years. It is the only “free” and EU Member State to make it onto the list.

Although based on this score Hungary is still considered to be a “free” country, the report highlights that Hungary shows a downward trend as intimidation of civil society groups and the opposition increased recently, which has left citizens more reluctant to speak out on political topics.

The report notes that in Hungary and Poland populist leaders consolidate power by uprooting democratic institutions and intimidating critics in civil society. Smears of the opposition appeared in public media in both countries, and both passed laws designed to curb the activities of nongovernmental organizations, the report states.