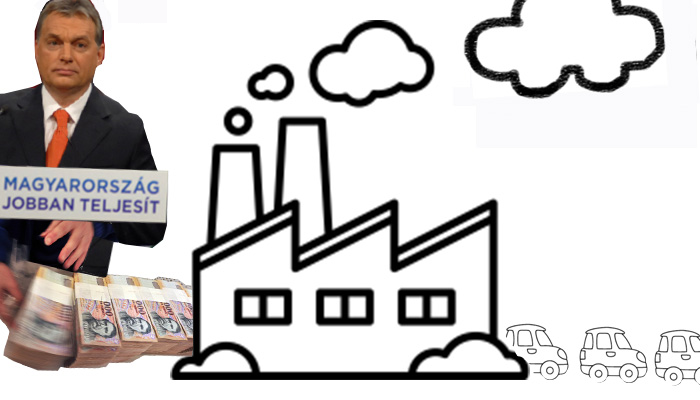 Hungary has spent a lot of of money supporting big projects in comparison to the EU average, including much free money paid to German multinationals for every job created in the automotive industry, writes Index.hu.  The online daily  examined supports distributed to companies by the governments of Hungary between 2004 and 2016.

“Among other things we discovered that Fidesz does not really hate multinational corporations as much as it says it does, that the car manufacturers do very well, as a result of which the Hungarian economy is somewhat dependent, as they can pull the entire country with them with one or two extreme excursions,” Index.hu said.

Project inducement supports have amounted to an average of HUF 6 million per workplace since 2010, writes the daily online, and that figure does not not include tax breaks.

According to European Commission calculations, for every new industrial job created, so are another 0.5 to 2 new jobs in other sectors.

Since 2003 it has been legally possible for the Hungarian governments to make non-refundable grants to companies willing to commit beforehand to creating a certain number of jobs.  The actual amount depends on how much unemployment exists in a given region, how many new workplaces will be created, how much support can be given in the particular region according to EU regulations, and the sector of the economy involved.  On the basis of this, the government is able to decide with regard to each project. 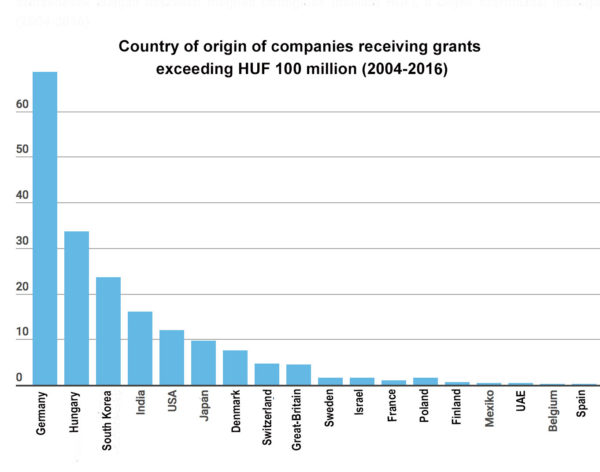 The source of the grants is not EU money but comes from the Hungarian central budget.  German companies top the list, receiving a total of HUF 69 billion since 2004.  Hungarian-owned companies received roughly half as much.

Index notes that since 2010 only a quarter of the supports paid to investments were paid to Hungarian companies.  The rest went to foreign companies, mostly German, Indian, American and Japanese.  The second and third Orbán governments (2010-2016) have paid out more subsidies than the Gyurcsány and Bajnai governments (2004-2010), reports the online daily, adding that “since 2004 the government has paid out HUF 199.815 billion” (USD 800 million) of which “HUF 129.932 billion (USD 480 million) has been paid out since 2010,” with record grants awarded under the third Orbán government. 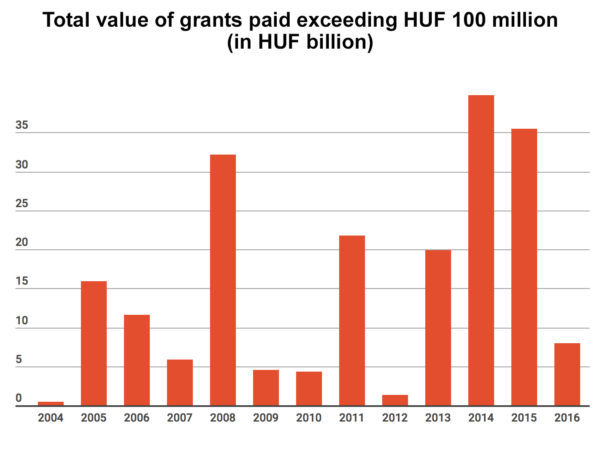 For example, in 2014 Apollo Tyres got HUF 16 billion (USD 60 million) towards its HUF 146 billion project in Gyöngyöhalászi which created 975 jobs.  Tisza-TK received HUF 9.25 billion to create 550 jobs with the construction of a grain-processing plant.  The Audi factory in Győr received HUF 6 billion in 2015 (although it seems only some 75 jobs were to be created). Master Good Manufacturing and Trade Kft., Graboplast, German Wupperman and Swiss Interspan Faipari Kft. also got large grants.

Manufacturers of cars and car parts have received the most grants since 2004.  Eight of the top ten recipients are automotive related.  Mercedes tops the list with HUF 22 billion (USD 80 million). Opel and Audi also received large subsidies. 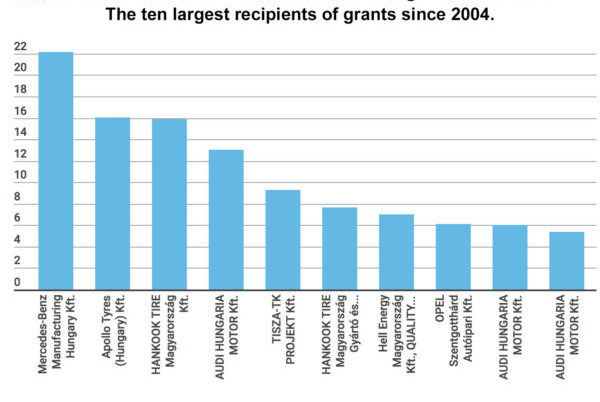 Although Hungary is not the only EU county to spend lavishly on luring foreign investment,  it spent 1.63 percent of GDP, or more than twice the EU average of 0.72 percent, doing so in 2014.  Only Lithuania spent more than Hungary as a percentage of GDP. 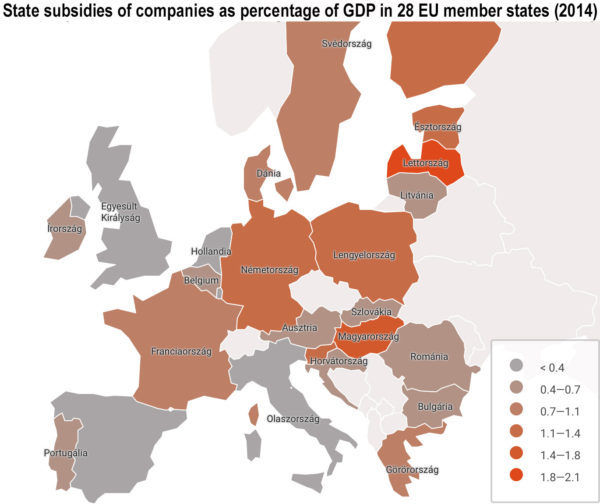 Critics claim the government is neglecting small- and medium-size Hungarian-owned businesses.  Balázs Szepesi, director of the Hétfa (Seven Tree) Research Institute, says that for decades Hungary’s economy has been so focused on making the country attractive to foreign investment that it has neglected to create an institutional environment for domestically-owned businesses that would strengthen industries dominated by small companies.  He says that if small Hungarian-owned companies worked as well as their Czech, Polish or Slovak counterparts “the country’s GDP could be 10 percent higher.”

Another problem with placing so much emphasis on automotive production is that the workplaces it creates are likely to be rendered redundant in the not too distant future by advances in robotics, points out Index.hu.