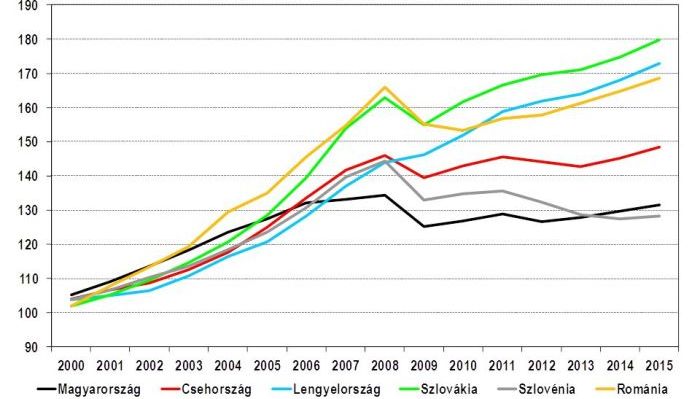 Hungary’s Economic Research Institute Zrt. (GKI) believes the effects of mandatory cuts in household utility fees and EU development funds are beginning to wear off.  It has revised earlier growth projections for 2014 and 2015 downward to 3.2 percent and 2 percent, respectively, citing growing international political and economic uncertainty and deteriorating foreign opinion of Hungary in the wake of “anti free market” economic policies and corruption scandals.

According to GKI, government interference, nationalization, the “bleeding dry of the banking sector”, as well as the restructuring of markets has in a low appetite for investment on the part of investors and creditors alike.  Foreign capital is being repatriated.  Domestic capital is waiting given the lack of legal security.  The Hungarian National Bank’s growth credit program has only succeeded in arresting the decrease in overall debt.

GKI reports that for the first time in four years the growth of imports in 2014 exceeded growth in exports, helped by an improvement in Europe’s economic prospects and recent investments in the automotive industry.  Imports grew 1.5 percent faster than exports due to increase in domestic consumption and the replenishment of energy reserves.

GKI believes the 2015 budget is intended neither to encourage growth nor improve Hungary’s investment climate, but rather to enable Hungary to reduce its national debt through higher taxes and continued austerity.