Government seeks to drive foreign businesses out of Hungary 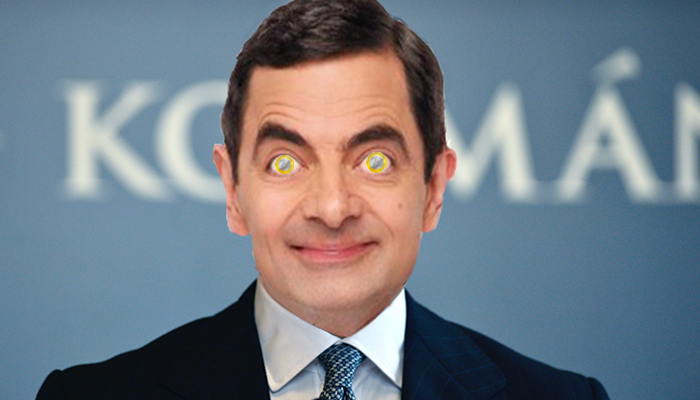 Hungary’s “sample border fence” is being built, Spar and Philip Morris are behind the European Commission’s attacks on Hungary, new laws on refugees will prevent “asylum seeking” abuse, and it’s okay for Andy Vajna’s casino companies to move their profits out of the country, said Minister Overseeing the Office of the Prime Minister János Lázár on Thursday during his weekly marathon press conference.

Migrants, the fence, and “safe countries”

Lázár said the sweeping changes to Hungary’s immigration and refugee laws adopted last week by the parliament are essential to the government’s fight against “economic migrants”, that is, anyone entering Hungary from Serbia without the requisite travel documents and visas.

The minister only briefly mentioned what the government now refers to as a “temporary border fence”, saying the “sample border fence” under construction right now near the southern Hungarian town of Mórahalom will consist of four potential fence designs. The samples will be evaluated next week and the government will decide which design to use next Tuesday.

All of the government’s refugee-related actions are underpinned by what the government considers to a successful “national consultation on immigration and terrorism”, he said.

The deadline for submitting the national consultation questionnaire came on July 15 and more than 1 million citizens sent it back, said the minister. Although he did not include any specific numbers, he did say that the overwhelming majority of returned questionnaires called on the government to take action against the migrants arriving in Hungary.

Lázár said any refugees returned to Hungary from Austria would be deported to Serbia, Macedonia and Greece – three transit countries the Hungarian government considers to be safe for asylum seekers despite the international community disagreeing.

Spar and Philip Morris are behind the attacks on Hungary

Lázár continued his information campaign against the European Commission, which, he says, is acting on behalf of multinational corporations who only seek to extract money from Hungary.

The minister dismissed the notion that there would be any legitimacy to the Commission’s claim that Hungary’s special sectoral taxes on food and tobacco retailers constitute restricting state support.

Lázár said the Hungarian government will always stand up for small Hungarian businesses and it does not matter if big multinationals complain to the European Commission because “we’ll just make them pay more”.

“We have a message for Philip Morris and Spar: if not through these particular taxes, then we’ll find another tax for you to pay. But you will pay,” Lázár said.

“Unfortunately, we suffered great calamity between 1990 and 2010. We gave up a large portion of our national markets and national interests. The goal and mandate of this government is to return Hungarian markets to Hungarian businesses and remove foreign businesses from the country,” said the minister.

. . . but Andy Vajna is an exception to the government’s rule

A reporter from weekly news magazine hvg asked the minister whether the government thinks it’s okay for Andy Vajna’s gambling interests in Hungary to be owned by his companies in Luxembourg.

The reporter asked whether “the government plan on doing anything to make sure that [Andy Vajna’s] profits actually stay in Hungary?”

Lázár responded:“I certainly hope you’re not discriminating against Andy Vajna, because, if I’m not mistaken, Andy Vajna is a Hungarian.”.

The reporter: “….So if I understand you correctly, a Hungarian businessman can take his profits out of the country to a country with more relaxed tax rules.

“The reason I ask is because if it’s really important for [the government] to make sure that profits stay in Hungary, then why is it not important for the government to hold Andy Vajna’s multi-billion forint profits to the same standard? Profits he easily earned through his lucrative casino concessions,” said the reporter.

The back and forth made both Lázár and András Giró-Szász, state secretary for communications for the Office of the Prime Minister, visibly uncomfortable, and the two politicians quickly changed the subject.