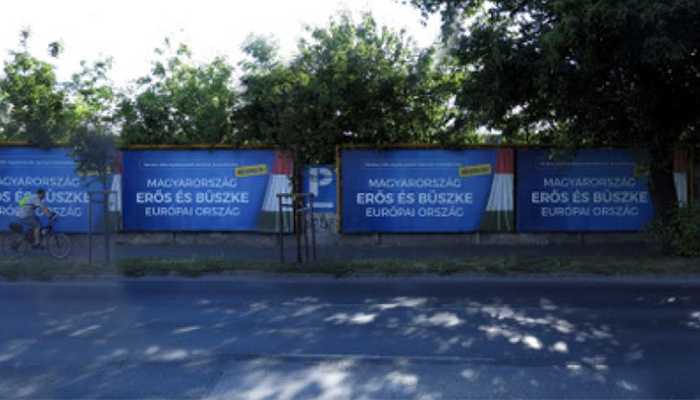 Although the by now customary blue billboards appearing across the country constituted the most visible aspect of the campaign, more than half of the budget was spent on advertisements in Fidesz-tied media outlets. The costs broke down as follows:

The so-called “national consultation,” criticized as misleading and manipulative by leading left-wing European politicians, prompted the European Commission to issue a document refuting the contents of the questionnaire.  Critics point out that the online version was wide open to abuse.  In a speech delivered to parliament on Monday, Prime Minister Viktor Orbán called the campaign “the most successful national consultation so far”, a sentiment echoed by thousands of billboards across the country like those appearing above.

The consultation reportedly had 1.68 million respondents, thus the government spent roughly HUF 2,500 (USD 9.12) on each person who sent back the questionnaire. However the total cost of the campaign could be even higher, as it concluded in May but Átlátszó only managed to get hold of April’s figures.