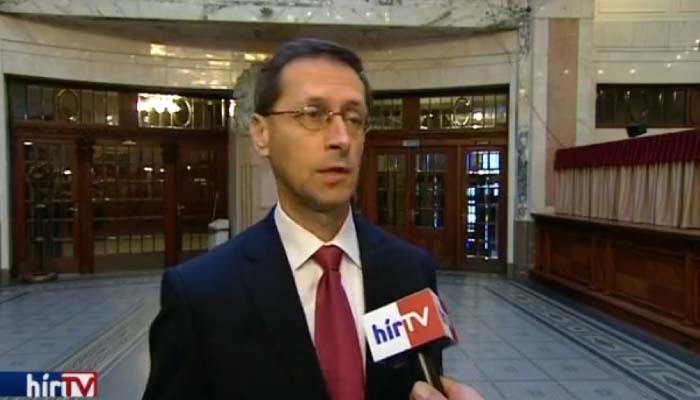 Minister for National Economics Mihály Varga has finally explained how the government plans on spending around EUR 3 million it recently appropriated to assist victims of Christian persecution.  In short, he has no idea.

Earlier this week, the government announced it had created a new deputy undersecretary post for the fight against persecution of Christians. The post, which will be headed by Tamás Török, who recently returned from a diplomatic posting in Italy, was endowed with EUR 3 million to assist persecuted Christian communities.

According to pro-government daily Magyar Idők, the decision to create the post came after a recent visit to the Vatican by Prime Minister Viktor Orbán and Minister of Human Resources Zoltán Balog. It was during this visit that, according to the daily, the two government officials met with Christian leaders from the Middle East. The meetings prompted the Hungarian government to create a post to assist in the fight “against all forms of Christian persecution.”

Hír TV caught up with Minister for National Economy Mihály Varga Thursday and asked how the EUR 3 million would be used.

“The government and ministry for Christian persecution will decide the manner in which the chosen communities will be supported. The beneficiaries of these funds can be families that have been persecuted, one particular family member, the head of a family, or even a church community. Obviously, the ministry will make a recommendation and the government will approve that decision if it agrees with it,” Varga said.