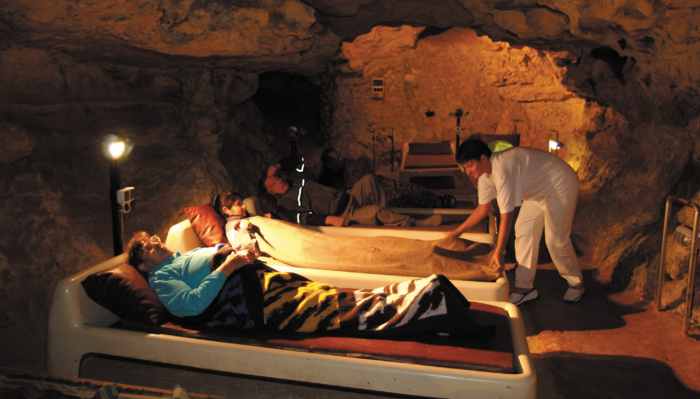 Facing the possible loss of a second by-election in as many months, Fidesz has resorted to the tried and true strategy of shoring up local support by reminding voters who holds the purse strings.

A long-neglected hospital in the western city of Tapolca has been promised development funds in the lead-up to the April 12 by-election.

Gábor Zombor, healthcare under-secretary, recently announced that the Deák Jenő Hospital of Tapolca will receive a 51-bed lung-care pavilion, new clinics, a gym, a new operating room and an ambulance station by the end of summer.  Zombor said that in future, the hospital, which was stripped of its surgical and internal medicine wards in 2012, would be able to offer a one-day surgical care, with an operating room and a 10-bed surgical ward at its service. He also announced the creation of a new internal medicine ward with a limited number of beds.

Zombor says as a result of the curative caves under the hospital, the potential in curative tourism is high.

At the press event, Zoltán Fenyvesi, vice-president of the Veszprém County General Assembly, who also happens to be the Fidesz-KDNP candidate, welcomed the investment, though he thinks it’s not enough. Beside the ongoing developments, the emergency care has to be strengthened, he says.  New medical tools and machines  are needed in the hospital, and the number of active hospital beds must be increased.  Doubtless, if elected, he will use his connections within the governing Fidesz party to see that these investments come about.

There is nothing unusual about the government announcing local investments in the run-up to parliamentary by-elections.  What is unusual in this case is that the internal medicine and surgical sections of the hospital were eliminated in 2012.

There are three candidates in the running: Zoltán Fenyvesi of Fidesz-KDNP, candidate of MSZP-DK-Solidarity Ferenc Pad (president of the Trades Union of Aluminium Industry Workers, city hall deputy in Ajka, winner in individual division) and Jobbik’s Lajos Rig (deputy mayor of Tapolca). Chances are split equally: Ajka traditionally votes for left-wing candidates, Fidesz has potential in Sümeg and in almost 60 villages, while Jobbik may win Tapolca itself.

The by-election on April 12 will fill the parliamentary seat vacated after the death of Fidesz MP Jenő Lasztovicza  in January.