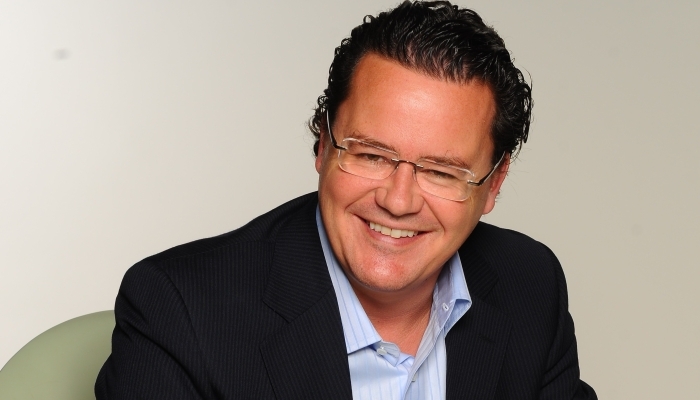 “Over the past weeks, there have been talks between RTL Group and the Hungarian Government about the advertising tax. It would definitely help Hungary if these talks would lead to a sensible solution — this means: a review of the advertising tax without further interventions from the EU.

Please understand that we do not comment beyond this at this point of time. In any case, RTL will continue with its independent news reporting.”

The government of Hungary has reportedly been in talks with German media conglomerate Bertelsmann, owner of Hungary’s largest commercial television broadcaster, RTL Klub.

While the government of Hungary insists the purpose of the tax is to ensure that all players in the market contribute to the collective burden-sharing in Hungary, RTL Klub CEO Dirk Gerkens (pictured) points out that 90 percent of the revenues generated by the tax are paid by RTL Klub despite only having a 15 percent share in the market. If the tax remains next year, it will wipe out the company’s profits, says Gerken.

Ironically, the RTL Klub story has become a flagship for those championing media freedoms in Hungary. The broadcaster’s relevant and quasi-investigative style of reporting during its broadcast of the nightly news has been a thorn in the side of Hungary’s Fidesz government for a number of reasons.

Hungary’s media landscape is dominated by government-sponsored and state-run media outlets which are, in one way or another, dependent on state advertisements to turn a profit. Independent media outlets in Hungary run the constant risk of facing civil and criminal penalties for running stories critical of Hungarian authorities. All this, coupled with a wildly unpredictable business and legal environment, has resulted in a “chilling effect” in the field of journalism in Hungary.

Media freedom and human rights expert Miklos Haraszti points out that RTL Klub’s decision to “fight back” by running stories critical of the government and government officials is a historic first.

“These political stories are being watched by twenty percent of the population. That reaches more viewers than ATV and Klub Radio. That has a ‘trickling down effect’. And that is the big experiment.  If RTL Klub can continue this experiment, we will see what changes this brings about,” Haraszti says.

Has the experiment been working?

Without a doubt. In late 2014 public opinion polling companies had found that the ratings of Fidesz had plummeted to all-time lows, in some cases bottoming out with month-to-month double-digit drops. Despite yielding differing results, pollsters unanimously showed that Fidesz’s popularity had reached lows in the mid- to high 20 percent range by December.

There is little doubt that by broadcasting news critical of the government RTL Klub has contributed to the shocking decrease in Fidesz’s popularity, but numerous other factors also contribute to the ruling party’s woes, including the increasing levels of poverty, the US government issuing visa bans for members of the Hungarian government, and numerous corruption scandals plaguing members of the ruling party.

On 31 December 2014 Nepszabadsag reported that certain members of Hungary’s ruling Fidesz party wanted to resolve the conflict with RTL Klub by early February, just in time for a scheduled visit to Budapest by Germany’s Chancellor Angela Merkel. The newspaper also reported that RTL Klub declined talks with key party members until the closing of legal proceedings regarding the advertising tax. Nepszabadsag reported that high-ranking, but unnamed, Fidesz politicians saw the so-called “peace talks” with RTL Klub as an opportunity to save face in the wake of cooling US-Hungary relations, and as a gesture on behalf of the government that it would work on certain problem areas where it could still exert its own influence.

Nepszabadsag also reported that, according to RTL Klub, it would not enter into talks which would require them to sacrifice the autonomy of their broadcasts or news content.

With no resolution in sight, the Hungarian government should not be surprised if official talks during Chancellor Merkel’s visit to Budapest include issues regarding the treatment of German companies (and their subsidiaries) in Hungary.

Hungarian news website 444.hu reports that, according to unnamed sources, the government has been in talks with key RTL Group executives, including Andreas Rudas (RTL Group’s Executive Vice President Regional Operations & Business Development CEE and Asia) and Guillaume de Posch (Co-Chief Executive Officer of RTL Group). Hungary’s Minister Overseeing the Office of the Prime Minister, Janos Lazar, has represented the government in meetings with RTL Group once in Munich several weeks ago, last week in Budapest, and is expected to meet again in Berlin in the not too distant future.

Signs that the relationship between RTL Klub and the government are warming are hard to find. In a statement to Businessweek last week, RTL Klub’s CEO Dirk Gerkens said he’s received threats of violence, delivered via friends and e-mails. He has also moved his family out of the country, left his apartment for a luxury hotel in central Budapest and hired bodyguards.

As luck may have it, 444.hu reports that Gerkens’ contract with RTL Klub is set to expire, i.e., it’s up for renewal. While Gerkens himself is not part of the meetings between the government and RTL Group. According to a source close to the matter, “peace talks” between the government and RTL Group are close to being finished and the following can be expected:

If reports by 444.hu and Nepszabadsag regarding the secret meetings between Janos Lazar and RTL Group executives are true, the implications are a testament to the underlying problems regarding media censorship in Hungary.

With only days to go before Merkel arrives in Budapest for a talk with Prime Minister Viktor Orbán, it’s high time the government of Hungary realizes what its actions look like from the outside.

Over the past weeks, there have been talks between RTL Group and the Hungarian Government about the advertising tax. It would definitely help Hungary if these talks would lead to a sensible solution — this means: a review of the advertising tax without further interventions from the EU.

Please understand that we do not comment beyond this at this point of time. In any case, RTL will continue with its independent news reporting.