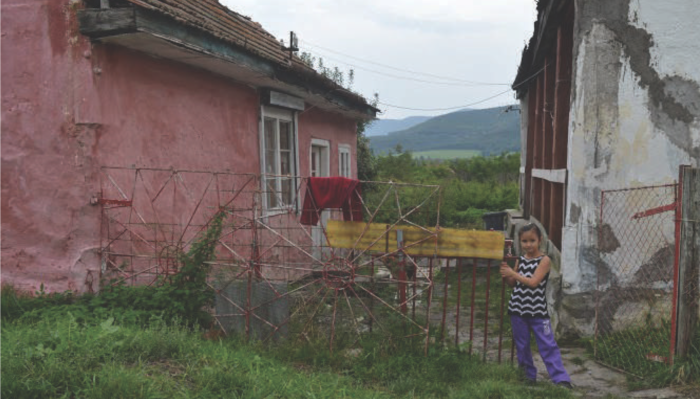 In March 2015 the national government of Hungary did away with so-called housing maintenance and debt handling supports.

Responsibility for deciding which supports of this nature are to be paid and to whom was transferred to the local governments, which the national government only partially funded in the form of a fund to which local governments could apply.  Predictably, this resulted in a huge drop-off in supports paid to marginalized families living in sub-standard housing.

In its place, the national government introduced the so-called Family Home Creation Discount (CSOK) which could be used to renovate or purchase flats.  However, only individuals officially employed for at least six months out of the year and owning or purchasing their homes qualified.  EU funds designated for improving the housing of marginalized communities have had little impact other than to put a “window dressing” on segregation, according to hvg.hu.

The decision to terminate national housing and debt management supports to half a million households has had a particularly dilatory affect on poor households, writes Habitat for Humanity in its “Report on Housing Poverty in Hungary 2014“, which examines the housing situation with regard to quality, affordability, accessibility, location and legal security.  Some 1.5 million Hungarians, or roughly 16 percent of the country, continue to live in a state of housing poverty, writes Habitat, including some 30,000 who are homeless.

While there is no shortage of flats in Hungary, a large number of them are either vacant or in disrepair.  Furthermore, there is a shortage of affordable flats for rent, particularly in the form of social housing.

A chronic shortage of affordable housing

Citing statistics from the Central Statistical Authority (KSH), Habitat reports that 11 percent of Hungarians live in rented dwellings–one of the lowest ratios in Europe.

At present just over half of government-owned flats are rented out in the form of social housing.  This amounts to just 1.5 percent of the total housing stock.  Rather than selling off flats owned by local governments (only 126,500 remained in 2013), the report calls for the creation of a social rental flat system.

The report’s findings include the following:

The report goes on to point out that 800,000 (21%) of Hungarian households are “energy poor”, with 31 and 36 percent of large families and single-parent families suffering from energy poverty, respectively.

According to the report, government-mandated reductions in household-related costs and utility fees introduced at the beginning of 2013 have had little impact on poor households living in the countryside.

A major factor contributing to household poverty is debt.  In 2014 nearly a quarter of Hungarians had arrears of one kind or another, which is more than two and a half times the EU average.

The situation among Hungary’s Roma continues to be serious, according to the report.   According to an earlier survey, 29 percent live in housing that is either of bad quality or segregated.  The figure for Hungary’s non-Roma population is only 8 percent.

Poor living conditions is one of the main reasons child protection authorities took children away from their parents in Budapest between 2008 and 2013, according to the report.

Despite the government enacting several measures in 2014 intended to help those in debt, neither the compulsory conversion to Hungarian forints of foreign-exchange mortgage loans nor the “reckoning” with banks has helped a significant part of the 180,000 households with non-performing mortgage loans.

What is to be done?

Habitat for Humanity calls for the following measures: