Habitat for Humanity: Rebuilding homes and communities in Hungary 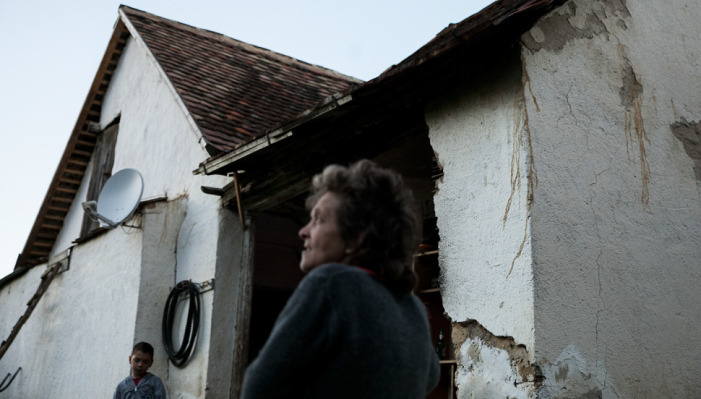 One and a half million Hungarians live in dwellings unfit for human habitation. No bathroom, toilet out in the yard, windows that let in the cold air, walls black from smoke. In Ág, a small village in the southern Hungarian Baranya county, the locals washed themselves in wash tubs. Last year Habitat for Humanity appeared and offered building material for volunteer work.  Thanks to their efforts Zoltán Varga now has an entrance door, György Orsós has a bathtub and everybody is waiting for the opportunity to repair the roof at another house.

“It is pretty cold if the draught comes in,” says Orsós, explaining why he would like to replace the old windows.  Ág lies at the end of a one-way road and, because of the hills around it, can get really windy. “Winters are really tough,” says Orsós.  Windows are just one of many problems. The walls are black because of the little stove, the toilet is out in the garden, and before last spring they did not even have a bathroom in the house. ”We washed ourselves in a plastic wash basin the past 30 years.” 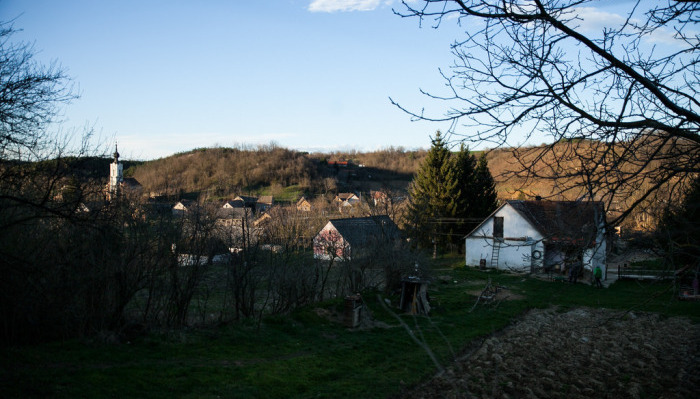 In a Hungarian population of almost 10 million, there are 145 thousand dwellings without plumbing and 1.1 million that are not connected to central sewer.  475 thousand people live without indoor toilets and 386 thousand have no shower or bath tub in the house.  One quarter of the population has to face each day with leaking roofs, moldy walls and dark rooms. Furthermore, this problem is worse in the case of families with children. 170 thousand Hungarian children live in dwellings with no indoor toilet.

The above data are from the 2013 Hungarian report made by Habitat for Humanity. “Our goal is for everyone to live in a proper dwelling. That is what we work for,” says András Szekér, head of the organization. In his opinion 1.5 million Hungarian live in squalor.

According to Szekér the UN has guidelines for human dwelling standards. In case a household spends 30 percent of its income for housing, then its livelihood is threatened because there isn’t enough to spend on other things. According to Szekér, Hungary’s poor spend up to 40 percent of their income on housing.

“What they get in exchange is very limited, cold and unhealthy,” he adds. According to Szekér 10 percent of the Hungarian dwellings are not suitable for habitation, and the number has hardly changed in the past ten years.

Co-workers for Habitat have been working on many Hungarian settlements, including Bag, Mátraverebély and Ág. They cooperate with disadvantaged families to assist them repair their homes.

“If you start volunteering we give you a discount on the price of the building materials,” explains Szekér. Practically it means that the families participating in the program help each other renew one another’s homes. For their work they receive points, and they can use these points for purchasing building materials from Habitat at a 70 percent discount.

During the two years the countrywide program has been running, 63 houses have been refurbished, eleven of which are in Ág. The tiny village is at the bottom of the hills of Mecsek, and most of the people never finished elementary school. Besides the so-called public work scheme, out of a local population of 190 only 3 have jobs at the local forestry. “The people here mostly live in cob-wall houses,” says the mayor, Mrs. Daniel Stollmayer.

Habitat was contacted and invited to Ág by the staff of the Köz-Tér-Háló (Public-Space-Net), a local NGO.  After locals informed the NGO about the problems of the housing they tried to run a dwelling renewal program, but by 2013 they had run out of building material so they turned to Habitat.

There is only one bath for washing

“The bathtub means a lot to us, at least we can clean ourselves,” says György Orsós. He was one of the participants of the program. Besides the bath they could shore up the footings of the house and the porch where they even built a half-roof.

According to Orsós in the beginning many were reluctant to participate.  But when they saw there was building material to have cheaply, the number of applicants soared. Local people were happy with the arrangement despite having to fund 30 percent of the improvements. “We do not have much money but it was a good incentive,” said Orsós.  He added that in the absence of the program they might have undertaken the improvements but would have had to save up for a year.

At the other end of the village Fabian Orsós lives in a ramshackle dwelling with his wife Flora and six sons.  It would have almost been impossible for them to save the money. Fabian works in the public work scheme.  All of his sons play soccer and the father proudly shows the many trophies and medals they have won.

The kids say they are fine with the old house but according to the parents it is very problematic. There is only one tub at the kitchen where they do the washing-up as well as bathe the children. The roof is in awful condition and leaks. “Every time I changed or repaired a tile on the roof another one went bad,” Fábián says.  At least the latter is no longer a problem because since they joined the Habitat program the whole roof has been replaced. According to Fábián almost everybody participating in the program worked on his roof. “They came to us and we cooked for them.”

According to András Szekér and the local activist of the Köz-Tér-Háló program the best achievement is that the constructions and refurbishments brought the community closer. “Earlier there was no community life like this,” says the mayor. “Each family lived in their own world. They met on the so-called ‘Roma day’.” After refurbishing the roof all local pensioners asked his help. Orsós says he can depend upon his ex-coworkers and there are even professionals among them.

“At the very beginning I told myself “‘what have I got to lose?’ In the worst case I helped my neighbor,” says János Kelemen. The professional mason was present at nearly all construction works in the village. Previously he worked in Germany to collect some money for refurbishing the house of his brother-in-law, Zoltán Varga, who bought a house there just as the program has started.

“The house was basically falling apart,” says Varga. He paid HUF 50,000 (USD 180) for the house where an old man lived with his dogs. The house was full of fleas but they had to move in because they were forced to leave their previous dwelling. They joined the program and together with Janos, Fabian and other locals they started to fix up the house. 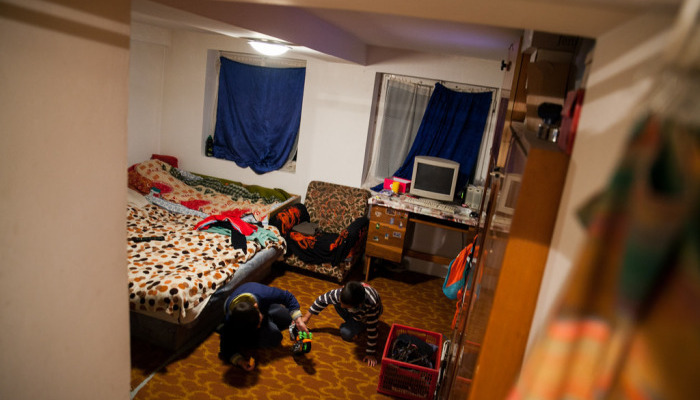 “When we finished our job at the local government we came here and worked until daylight,” says Varga. “We cleaned up, renewed the rooms and also changed the entrance door to make the house livable.” He moved in with his family but they still have to hang blankets in the windows against the cold, and the entry door was icy during the winter.

The neighboring village called them

“What prevented these people to make their own dwellings better?” asks Szekér. “The lack of motivation, lack of believing in themselves, lack of professionalism and the lack of building materials. We provided all of these things.” He adds that it was important to create a sense of ownership. That is why a certain part of the money and volunteer work was necessary from the participants.

They had difficulties, especially because the life of these poor families is very unforeseeable. “If we set a date for doing the concrete works two months in advance, but the owner found a daily job or was invited for public work, he definitely chose the latter and the Habitat program was delayed,” says Szekér. In some cases saving up the down payment was impossible because of a sudden health problem. However in Ág the locals worked 992 hours as volunteers.

Roland Oláh, the staff member of the Köz-Tér-Háló program, says even after finishing the program there is a lot to do, but these works can be done by the locals without any assistance. Furthermore, four or five of them formed a team and they will work in the neighboring settlements.

Mayor Stollmayer was contacted by the neighboring local government because they would like to repair the roof of the cob house they own. At the moment she could not say “yes”, a sin in her opinion “They have to learn and gather experience” and they cannot provide an invoice. However, they can work on each other’s house, and according to Fabian Orsós, they are just waiting for the better weather.

The Habitat program was closed in Ág last year, and constructions will be finalized in two other settlements this year as well. “We live off supports and we can provide this service in this time-frame,” says Szekér. “The best practices and the methods are documented and we will share them with other organizations.”