Hadházy: Compiling lists is a sign that the corrupt government is afraid 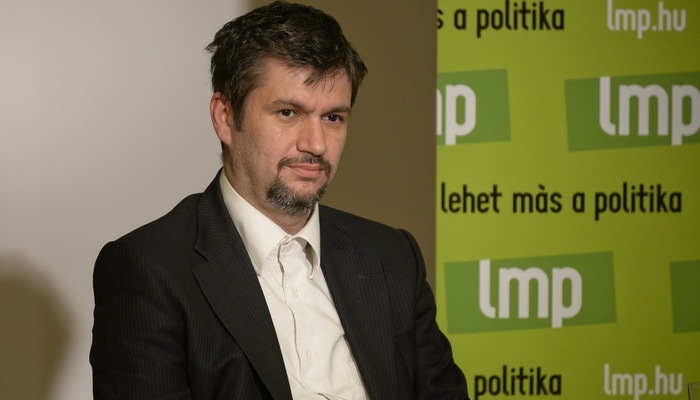 LMP (Politics Can Be Different) anti-corruption spokesman Ákos Hadházy believes the government of Viktor Orbán is scrambling to cover up corruption scandals and intimidate those who dare to express dissatisfaction with public policy failures.

One such scandal Hadházy offered as an example to ATV was reports that the national education provider (KLIK) had called on teachers to identify and report the names of students who failed to show up to class during Monday’s mass demonstration against the public education system.

According to Hadházy, a parent was informed by a teacher that the principal of the school had requested the names of all students in that class who failed to attend. Hadházy says he personally contacted the teacher to verify the story and the teacher confirmed it.

Hadházy said numerous things have happened recently which show that the government is afraid.

“What happened at the National Election Committee clearly shows that they are afraid, otherwise they wouldn’t do things like this,” he said.

LMP’s anti-corruption spokesman also cited the example of the controversial law to cover up the use of some USD 900 million in public funds that was given to foundations set up by the National Bank of Hungary under its governor, György Matolcsy.

“If I would have told you three months ago that there will be a school where the teachers fight back, that 700 other schools would follow their example, that half of the students in the country would not go to school out of protest, and that the other half would show up wearing checkered shirts, you wouldn’t have believed me.”

Regarding his weekly corruption scoop, Hadházy produced a number of public procurement tenders that have been awarded for obvious bogus “research projects” as part of the government’s “Human Development Strategy.”

One such “research project”, which cost HUF 30 million (USD 105,000), was for the “development of a methodology for Human Development Strategy.”